Former Florida Gov. Jeb Bush defended the negative tone of advertising employed by his super PAC, Right to Rise, Saturday, arguing it pales in comparison to what the Clinton campaign would unload on Republicans in the fall.

Speaking at a town hall event in the suburbs of the state capital, the son and brother of presidents was commended by voter Ernst Kastning for not personally attacking his rivals, but also challenged about the tens of millions of dollars spent on television and direct mail advertising against his opponents by his associated super PAC.

“I want to commend you about what thing in your town halls, that you really don’t attack the other candidates,” the man said, prompting Bush to interject, “I do attack Trump.”

But the man, who said he’d seen 21 candidates as well as three Bush events this cycle, persisted.

Bush chafed at the premise of the question, arguing he attacks his rivals if he’s asked at a town hall to do so.

“Here’s what I believe, the level of attacking back and forth in this campaign is pretty timid and tame compared to previous campaigns,” Bush replied. “This is beanbag time. I mean, you think this is ugly, wait until Hillary Clinton and the Clinton hit machine gets going.”

Bush’s super PAC has drawn scrutiny from some mainstream Republicans who view its successive assaults on Marco Rubio, Chris Christie, and John Kasich as pulling down alternatives to Donald Trump and Ted Cruz, rather than boosting Bush, who continues to struggle in the polls. 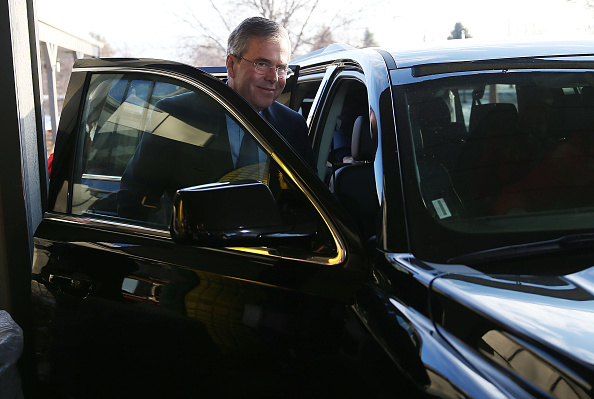 Bush Goes Shopping for Boots—and a Trump Dig
Next Up: Editor's Pick