Something horrible happened to Jeff Daniels on SNL in the ’90s, and he’s still not over it.

While visiting Jimmy Fallon on The Tonight Show, The Martian and Steve Jobs actor told of one particular sketch in which he had to play Liam Neeson inNell opposite Mike Myers’ Ron Wood. On the Friday night before the episode, Daniels went into makeup so the crew could make a mold of his face to create a fake nose.

“I’m there at 7 o’clock, I just had the pre-show dinner, I had jambalaya,” which Daniels said was key to the story. “They put the mask on. So, it’s like a quarter inch of this white stuff and they had two straws in my nose…Everything was covered but [my nostrils].”

That’s when things got tricky. The process was supposed to take about 15 minutes or so, but whomever put on the mold used the wrong material. “They used plaster, like you would put — oh, I don’t know — on your wall,” he continued. Factor in the hair from his eyebrows, eyelashes, and three days of stubble, and it became pretty difficult and painful to get off.

Hours later after “the makeup genius” tried to take the mask off with a hammer, after Daniels held down vomit from his jambalaya, and after SNL executive producer Lorne Michaels brought in a surgeon to cut his eyelashes off, Daniels was finally out.

“This took 6 hours,” Daniels said. “By 1 in the morning, I was ready to go and do SNL.” Listen to the whole story in the video above. 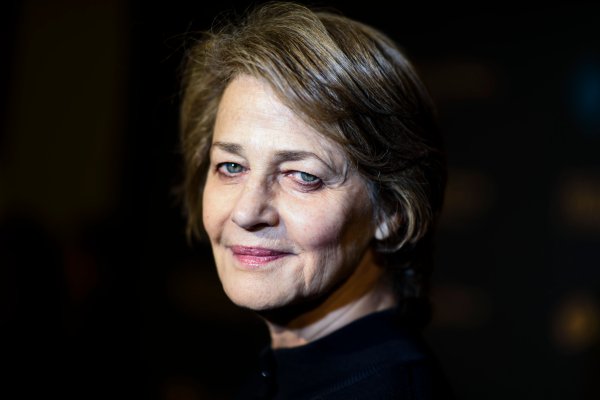 Charlotte Rampling Says Her 'Racist to Whites' Oscars Diversity Comment Was Misinterpreted
Next Up: Editor's Pick