Review: The Witness Is Ruthless Fun for Puzzle-Lovers

Ever played one of those pencil-and-paper puzzles where you have to connect all the dots with just a few lines? The Witness, available Jan. 26 for Windows PCs and Playstation 4 and iOS devices later this year, comes brimming with hundreds of kindred mental stumpers scattered about a beautiful, deserted, and largely unexplained island. Unburdened by tutorials or story sequences, players can freely explore from the start, tackling puzzles in any order.

Who created these puzzles? What does solving them mean? And where exactly are you, anyway? I’m going to rain check theories to avoid spoilers, but I can say searching for those answers had me pulling science and philosophy books off my shelves. I’ve had to look up obscure Renaissance thinkers, arthouse filmmakers and unicursal puzzle mechanics. At one point I spent eight hours contemplating a single puzzle whose arcane symbols and junctions seemed to be slowly calcifying my synapses. (In the end, I asked The Witness‘ creator for a hint, a privilege most players won’t have.) At another, my partner found me crouched over the floor of my office with a pair of scissors, pencil, and paper, stalking solutions. (She backed out of the room silently.) The important thing is that The Witness never asks you to go to such lengths. Its epiphanies are motivation enough.

Designer Jonathan Blow started on The Witness back in 2008 with the proceeds of sales of his first game, Braid, a ruthlessly rigorous action-puzzler. Some read that game as an elliptical critique of the heuristics in side-scrollers like Nintendo’s Super Mario Bros. Critically ballyhooed, Braid helped stoke the indie games movement. (I’m talking about the effect Braid seems to have had on the medium, not commenting on the dialogue Blow’s said he hoped it would initiate or that he’s lamented never really emerged.)

Though more ambitious than Braid, The Witness—partly an homage to and attempt to think past 1993 puzzle-adventure Myst—feels like a continuation of Blow’s need to communicate his ideas about the history and nature of human thought in ways that don’t pander to players. Contemporary games hover like helicopter parents, dragging players through tutorials like flashing neon signs. The Witness, by contrast, tunes you to the mental frequency of a Zen garden. It ditches difficulty backstops in favor of organic connection points waiting for you to actuate.

You do so wielding nothing more than a white dot, conjured at will and traced across anything visible to form a line whose only prohibition is that it can never cross itself. The first few puzzles are simple mazes on square panels with plain-to-see solutions that unlock a nearby door or activate an adjoining puzzle. But these quickly give way to hundreds more—there are over 600 in all—that greet you with baffling symbols and alien logic. Several are so complex at first blush that Blow doesn’t even bother hiding them; some of the most oblique can be attempted moments after starting.

The game’s breakthrough idea is how all of these puzzles intersect, subliminally delivering information payloads without uttering a word. It’s a literally consciousness-expanding process, a way of teaching you to teach yourself. The game’s concepts accrete and eventually coalesce into rivers of awareness. The Witness makes you feel smart because you are being smart, says Blow. There’s no design flimflam here.

What it all means is another matter. Blow teases a backstory in The Witness using abstract artifacts and unsettling tableaus, and the game’s official site describes the island as “abandoned,” implying failure of some sort. You can sharpen the focus if you’re up for solving the island’s hundreds of optional puzzles, but not to the point of spelled out answers. The Witness doesn’t seem intended to be the same sort of clockwork conundrum Blow’s implied Braid was.

In 2001, The Sims designer Will Wright told an interviewer “…there are certain things we just cannot simulate on a computer, but on the other hand that people are very good at simulating in their heads. So we just take that part of the simulation and offload it from the computer into the player’s head.” Games critic Ian Bogost took that one further by naming what we do when we play games a form of excavation, calling the player “the archaeologist of the lost civilization that is a game’s creator.”

The Witness feels like the fulfillment of that dynamic, a way of ingeniously hiding locks and keys and entire modes of inquiry in plain sight. Blow’s triumph lies in his insight into the thresholds of human perspective, how information travels and agglomerates, and how, given the right frame of mind, any of us might move mountains. 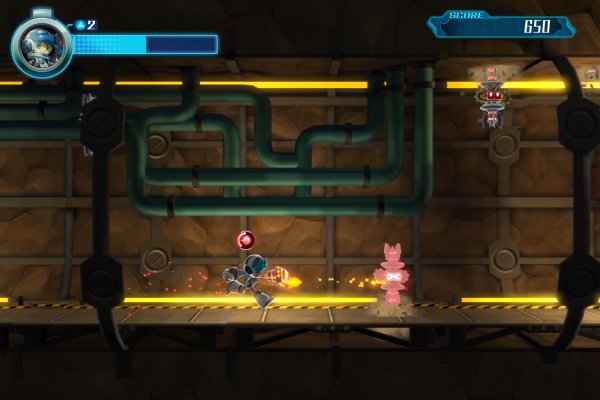 Why I'm Grateful Mighty No. 9 Was Delayed Again
Next Up: Editor's Pick