Why the Cavaliers Fired David Blatt

Cleveland Cavaliers' David Blatt in action during an NBA basketball game against the Philadelphia 76ers in Philadelphia on Jan. 10, 2016.
Matt Slocum—AP
By Sean Gregory

July 11, 2014: LeBron James announces he is leaving the Miami Heat to re-sign with the Cleveland Cavaliers.

That timeline says it all. Why is David Blatt no longer the head coach of the Cleveland Cavaliers, despite leading the Cavs to the NBA Finals a year ago, and guiding the team, which has played without star point guard Kyrie Irving much of the season, to a 30-11 record, best in the Eastern Conference? Why is one of the NBA’s All-Star coaches now out of a job?

It’s no secret: superstars rule the NBA. And before the LeBron finger-wagging begins, all the groaning about how spoiled millionaires have usurped all the authority grows louder, consider: the NBA is a great meritocracy, really. Those that deserve the power have it. One player alone can radically alter a team’s fortunes. It’s not like that in baseball, where an ace starting pitcher gets the ball every five days, or a top hitter steps to the plate once, before eight other teammates cycle through. Or in football, which is a violent, chaotic chessboard, often beyond the control of even the most gilded quarterback arm. In basketball, just give it to your LeBron James. Every possession if you must. The Cavs were 33-49 before LeBron’s return. They were 53-29 in 2014-2015. No offense against Kevin Love, the other All-Star whom Cleveland acquired in the summer of 2014. LeBron James saved the team. So why shouldn’t he call the shots?

The Cavs hired Blatt, a respected tactician who coached several teams to championships in Europe, but never worked in the NBA, for a rebuilding job. It was an innovative choice: maybe Cleveland’s young players could learn from a skilled teacher. But just a few weeks later, the best player on the planet landed in Blatt’s lap. If LeBron arrived in Cleveland first, there’s not a chance that Blatt, with no NBA playing or coaching experience, gets the Cavs job.

So it was an odd fit from the start. Despite Cleveland’s success, cracks in their relationship showed up in plain sight. Remember when LeBron announced, after a playoff game, that he changed one of Blatt’s plays? Most players downplay their influence in the huddle; with Blatt, James trumpeted his power.

Blatt’s not blameless. He preached ball movement and offensive flow in Europe. With James and Love, two players with gifted court vision and passing abilities, on the same team, hoop purists thought the Cavs would play beautiful ball. But too often, the Cavs were stagnant. For an aesthetic kick, fans knew to watch the Warriors and Spurs.

He never figured out how to incorporate Love, who’s regressed, into the gameplan on a consistent basis. That’s a shame. In the Blatt era, Love will be remembered as a wasted asset. Whether or not James has resisted giving Love a bigger role is irrelevant at this point. Blatt was the coach. If an All-Star flounders, it’s on him.

So despite the odd timing – the Cavs have won 8 of their last 10 games, Cleveland beat a strong LA Clippers team on national television last night, and Blatt has to cancel his All-Star plans — Blatt’s firing isn’t entirely unexpected. And it’s not totally unfair. Still, while we’re on the subject of the NBA meritocracy: just take a look at Blatt’s record. The Cavs just fired someone who won 67% of his regular season games, in his first NBA coaching job. A man who came within two games of snapping Cleveland’s 51-year pro sports championship drought, despite injuries to both Irving and Love.

If the Cavs don’t top this accomplishment this season? It’s no longer on Blatt. That’s impossible at this point. 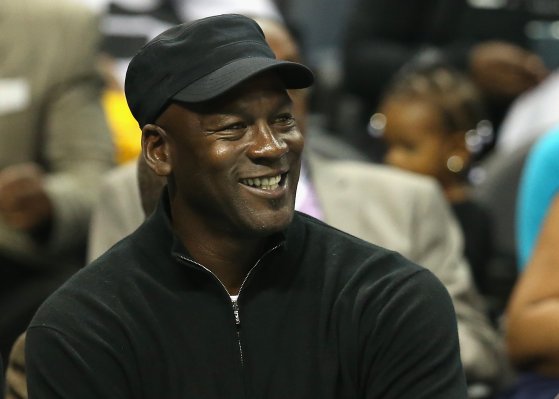