What It's Like to Be a Western Tourist in North Korea

North Korea isn’t exactly a relaxing vacation destination. Western tourists aren’t allowed to talk to their guides too much about America, they’re only allowed to stay in one hotel in Pyongyang, and they’re cautioned never to take a picture of a statue of a leader unless they’re going to include the whole body (no close-ups on the face). Worst of all, if you’re an American tourist and you are detained for whatever reason, the U.S. would have no diplomatic way to get you out.

That’s what happened to Otto Frederick Warmbier, a 21-year-old University of Virginia student who was arrested in North Korea for “hostile acts,” the North Korean government announced Friday. Warmbier was detained on Jan. 2 as he was trying to fly out of Pyongyang at the end of a trip organized by Young Pioneer Tours, one of several groups that organizes trips for Westerners. On Friday, the Korean Central News Agency reported Warmbier was being questioned about “anti-state activity” and accused him of entering North Korea “under the guise of tourist for the purpose of bringing down the foundation of its single-minded unity at the tacit connivance of the U.S. government and under its ma­nipu­la­tion,” though the country gave no further specific details. Warmbier is the third Westerner known to be currently held in North Korea, though most Western countries, including the U.S., do not have diplomatic relations with the nation.

Still, Kim Jong Un, North Korea’s leader, is embracing tourism, following a six-month ban on any foreign visitors last year (for fear they might carry the Ebola virus). North Korea welcomed 100,000 visitors in 2014, mostly from neighboring China, and officials say they want 1 million tourists by 2017 and 2 million by 2020.

Western travelers who have made the trip say visiting North Korea feels bizarre but not necessarily treacherous.

“The only way DPRK tourism is not safe, in my opinion, is for tourists who plan on participating in any civil disobedience,” says Ryan Romanchuk, who visited North Korea from the U.S. in 2011, in an interview conducted via Facebook.

“I could see someone trying to sneak a picture of a military checkpoint, or try to take a picture of Koreans walking along the roads outside of Pyongyang. If you’re caught with one of those pictures, it’s literally a foreign agent committing espionage against the DPRK,” he says. “There are no second chances when it comes to rule breaking.”

The rules are articulated very clearly, and tour groups are briefed before they leave so they know exactly what to expect, several travelers to North Korea told TIME. Tour groups are also told beforehand that many Westerners have no diplomatic recourse should something go wrong, especially if you’re an American.

Earl Baron, who visited North Korea from the U.S. with Koryo Tours in 2013 and documented his travel on his blog, Wandering Earl, says the trip was very structured, and he was almost always accompanied by a guide (although he did have a few moments of freedom). “I didn’t feel any confusion about what was allowed and what wasn’t,” he said in an email. “Between the pre-trip briefing in Beijing, the local guides informing us of what we could and couldn’t do and the Koryo representative making sure we understood, it all seemed quite clear to me.”

“I also noticed that our three local guides were keeping close eyes on us in general,” he added. “They would ask us questions from time to time that seemed to indicate they were trying to make sure we weren’t there for any illegal activities, that they would certainly notice any strange behavior or breaking of any rules if it were to happen.”

Becki Enright, who went to North Korea from the U.K. in 2012, also with Koryo, said she was careful while traveling but did not feel overly concerned about her safety. While the tour company was clear about what was off-limits to photograph, she felt that if she accidentally took a wrong photo it would have been treated as “an innocent thing,” and authorities would have simply asked her to delete it. She recalls a history teacher on her tour who told the guides that their narrative of North Korean supremacy was historically inaccurate. “He said, ‘This is a lie, and you know it’s a lie.’ And the tour company said, ‘If you do this again you have to leave,'” she recalled, but she said that the man was not punished further.

Enright, a travel writer who wrote about her trip on her blog, Borders of Adventure, said she was constantly aware that breaking the rules not only meant possible punishment for her, but also threatened the livelihood of her North Korean guides. “You can’t say to your guides, ‘Hey did you know that during the war the North bombed the South and not the other way around?’” she said. “You know the life they’re living, and you don’t want to put them in a gulag either.” Telling her North Korean guides the truth about the rest of the world, she said, would have put them in immense danger if she were overheard.

Even inside her hotel room, Enright said, she chose her words carefully. “You don’t know what is in the room,” she said, speculating on the possibility that hotel rooms might be bugged. “It’s just such a different mind-set.” 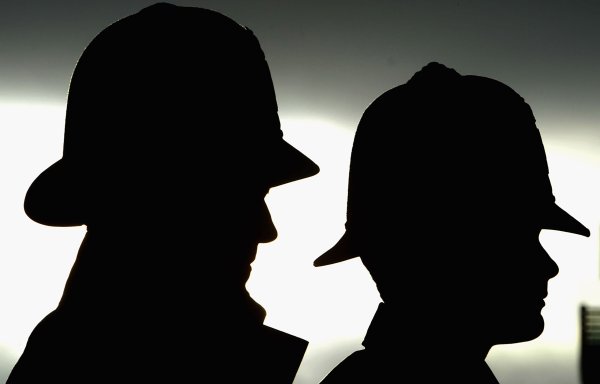 UK Man Ordered to Tell Police If He Plans to Have Sex
Next Up: Editor's Pick