A listeria outbreak has been linked to packaged salads made by Dole at a processing facility in Ohio, health officials announced on Friday.

Twelve people have been hospitalized with Listeriosis, an infection caused by exposure to the listeria bacteria, and one person in Michigan died in connection with the outbreak, the U.S. Centers for Disease Control and Prevention (CDC) reported. On Thursday, Dole told the CDC that it had stopped production at its processing facility in Springfield, Ohio, because of the issue. The packaged salads were sold under various brand names, including Dole, Fresh Selections, Simple Truth, Marketside, The Little Salad Bar and President’s Choice.

The CDC is recommending that Americans do not eat salads produced at the Dole facility. “These packaged salads can be identified by the letter “A” at the beginning of the manufacturing code found on the package,” the CDC writes.

The agency says it was investigating cases of listeria infections with other public health officials, and found that lab tests of specimens from the 12 people revealed that their infections were genetically related. Experts at the Ohio Department of Agriculture collected a Dole packaged salad and lab results showed the listeria identified in the salad was closely related to the infections seen in the people. Health officials were ultimately able to link the issue to the Dole processing facility.

“The company also reported that it is withdrawing all packaged salads currently on the market that were produced at this facility,” the CDC says in an online statement.

Symptoms of Listeriosis typically include fever and muscle aches and sometimes diarrhea.

Dole said in a statement that no other Dole facilities are affected. “This suspension and withdrawal is being performed voluntarily by Dole out of an abundance of caution, in collaboration with the Food and Drug Administration and Centers for Disease Control,” the company says.

You can read more about this outbreak and investigation here. 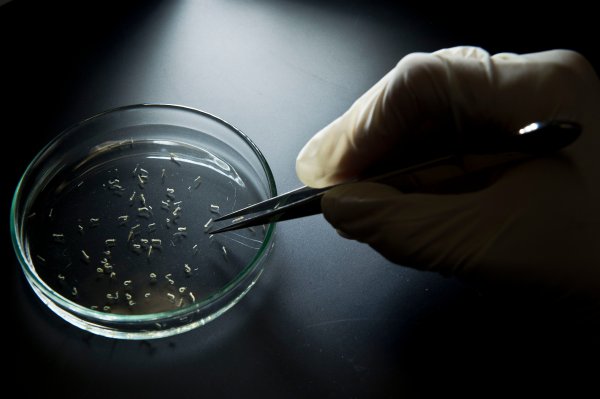 U.S. Launches ‘Full-court Press’ for a Zika Vaccine
Next Up: Editor's Pick