Trump retweeted an image the account posted featuring the face of Jeb Bush manipulated onto the body of a gruff looking man with holding a sign that reads “Vote Trump” outside of the Trump Tower in New York.

The account Trump retweeted goes by the Twitter handle @WhiteGenocideTM, sending daily messages of hate towards minorities, frequently including posts that link to news stories featuring the arrest of black males for crimes against whites.

Trump is facing criticism from pundits Friday, including rapper Talib Kweli who was among the first to catch the retweet. This isn’t the first time Trump has gotten in trouble over his social media usage. In October he blamed an intern for a tweet that offended Iowans. 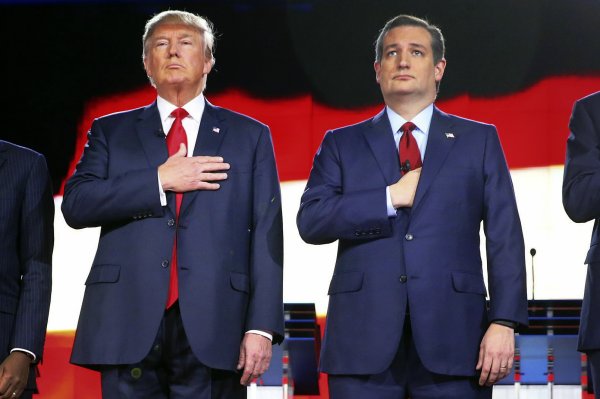 GOP Establishment Takes Sides Between Trump and Cruz
Next Up: Editor's Pick