Jorge Ramos: How to Disobey Your Boss to Get Ahead

The most beautiful thing about being a journalist is that you get to know the people that change the world. In more than 30 years as a reporter, I have met presidents and dictators, artists and writers. And all of them have something in common: They took a stand, they disobeyed their orders, they rebelled against the establishment and, in most cases, they thrived. (Important bonus: Many of them even admit to having had a lot of fun along the way and say that they would do it all over again with no pay at all.)

This seems to go against many of the lessons that we have learned at home, at work and in school. We are taught that to follow the rules, to obey your elders and supervisors and to work hard is the preferable and appropriate way to achieve happiness, wealth and power. In some cases, I have to admit, that is true. But the majority of the leaders and trailblazers that I have interviewed went their own way.

Actually, the only possibility to explain their influence and success is through their ideology of disruption.

A few examples: Barack Obama wouldn’t have been the first African-American president if he had followed the advice of those who believed he was too young and recommended that he stay in the Senate longer; Bill Gates might not have created Microsoft—and transformed the computer industry—if he had continued his studies at Harvard; Supreme Court Justice Sonia Sotomayor would not be the most influential Latina in the country if she had allowed diabetes, poverty and discrimination to dictate her destiny; and Barbara Walters would not be recognized as the media and feminist icon that she is if her male counterparts had imposed their way on her impressive and long television career.

All of them went against the conventional wisdom and, in their own way, broke the established rules. But before they broke the rules, they mastered them.

I visited recently the marvelous Picasso Museum in Barcelona. I saw, of course, the cubist paintings and drawings that made Pablo Picasso famous. This Spaniard visionary, no doubt, changed the course of modern art. But before he became known for his avant-garde and exploratory designs—think of a nose, eyes, arms and chest on one single picture plane—he was a superb classical painter. Several of his early works—even before his blue and rose periods—reflected reality in painful detail. Picasso excelled only after submerging himself in tradition. Afterward, he unlearned everything, he disobeyed the rules and he challenged the established artists of his time…and the rest is (art) history.

Rebellion is always needed to create a work of art, to fight racism and inequality. But a good dose of rebellion is also required to break up an unhealthy relationship and even to ask for a fair raise in salary. Rebellion, in other words, should be a part of our daily life.

All of the true rebels and pioneers that I have met had a breaking point in their lives. They could have continued to do the same things and have a comfortable existence. But they refused to stay neutral. They took a stand against the system or an injustice and followed their instincts. (The future never gives you an insurance plan or a navigational route.) In other words, they stayed true to themselves.

We all experience a moment of truth at some point in our lives when greatness is at hand. Pay attention, and don’t let it go. It’s easy to identify; your body trembles, fear takes over and not even in sleep can you find peace. Then decide, and be bold. Your career and your life will never be the same.

If you don’t do it, you might regret it for the rest of your life.

Jorge Ramos is a journalist, an anchor for the Fusion and Univision networks and the author of the upcoming book Take A Stand: Thirty Years of Lessons From Rebels (published by Celebra). 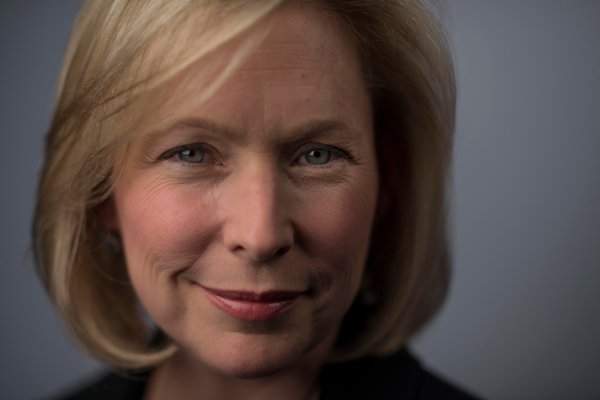 Kirsten Gillibrand: We Need to Change the Conversation About 'Having it All'
Next Up: Editor's Pick