An appeals court in Kansas struck down the state’s ban on a common method of second-trimester abortion Friday, on the 43rd anniversary of the Supreme Court’s Roe v. Wade decision that legalized abortion nationwide.

Last April, Kansas Gov. Sam Brownback signed a law banning what the legislature called “dismemberment abortion,” more widely known as dilation and excavation, which doctors say is among the safest and most common methods for ending pregnancies in the 12th to 14th week. The ban, which was the first of its kind, forbid “knowingly dismembering a living unborn child and extracting such unborn child one piece at a time from the uterus.” (Shortly after Brownback signed the Kansas law, a similar measure was passed in Oklahoma.) A state judge blocked the ban from going into effect in June after abortion providers sued.

“Today’s ruling is a landmark victory for Kansas women, whose rights and health have been under siege for far too long,” said Nancy Northup, president and CEO of the Center for Reproductive Rights, in a statement Friday. “The state Court of Appeals has rightly affirmed that Kansas women have the right to safely and legally end a pregnancy under their state constitution, free from political interference.” The Center for Reproductive Rights challenged the law on behalf of Kansas abortion providers.

Anti-abortion advocates criticized the ruling Friday, calling the decision “tragic.” “We do not think this will sit well with the majority of Kansas and changes will come,” said Carol Tobias, president of National Right to Life, in a statement.

The decision comes on the 43rd anniversary of Roe v .Wade, and as lawmakers and advocates look ahead to Whole Women’s Health vs. Cole, an upcoming Supreme Court case in which the court will decide whether state restrictions on abortion constitute an “undue burden” on patients. 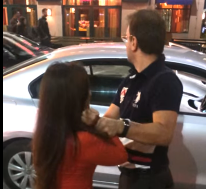 Doctor Caught on Video Assaulting Uber Driver Is Placed On Leave
Next Up: Editor's Pick