Blizzard Bears Down on East Coast

A major winter storm is barreling toward the East Coast, and could dump more than 2 feet of snow on Washington, D.C., which faces the brunt of the blizzard.

As of Friday, the Weather Channel reports that more than 85 million people (or about a quarter of Americans) in at least 20 states are under some kind of weather warning or advisory for the storm, from Arkansas up to southern New England.

The District of Columbia and surrounding areas are bracing for the heaviest snowfall, with upwards of 2 feet possible throughout the weekend. The D.C. Metro announced it would close for the weekend, and United Airlines has decided to suspend flights in and out of Dulles airport on Friday afternoon.

The storm’s snowfall could even be historic: The National Weather Service said Washington, D.C. could get up to 29 inches by Sunday night, which according to NBC, would beat the previous record of 28 inches held by a blizzard in 1922.

But D.C. isn’t the only city that could be hobbled by the storm. USA Today reports that about 3,000 flights have already been canceled ahead of the storm. Some of those flights were in and out of the D.C. area, but many others were through Charlotte, NC and Philadelphia.

According to the National Weather Service, Philadelphia is looking at about 15 inches of snow, and New York City could face up to 12 inches.

So if you live on the East Coast, you might want to prepare for the weekend. These are the 10 apps to help you get through the storm. And here are the things you really need to stock up on, besides bread and milk. 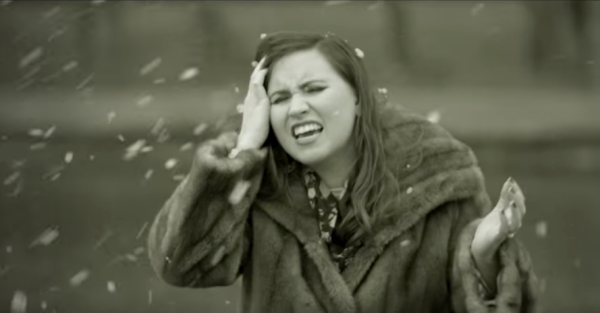 Watch This Teacher's Elaborate Adele Parody About Snow Days
Next Up: Editor's Pick