Amanda Knox Was at Scene of Murder Says Killer

Amanda Knox speaks to the media during a brief press conference in front of her parents' home in Seattle on March 27, 2015.
Stephen Brashear—Getty Images

ROME — The man convicted of killing a British student in the Amanda Knox case broke his silence Thursday, insisting the American was at the scene of the crime on the night of the murder.

Rudy Guede, who is serving a 16-year sentence for killing Knox’s roommate Meredith Kercher, protested his innocence from an Italian jail in his first television interview.

He recounted the events surrounding Kercher’s death in a Perugia apartment in 2007, repeating his claim that he was in the bathroom when the 21-year-old was fatally attacked.

The 30-year-old insisted he saw Knox, now 28, and her then boyfriend Raffaele Sollecito, in the apartment when he rushed to investigate Kercher’s screams…….. 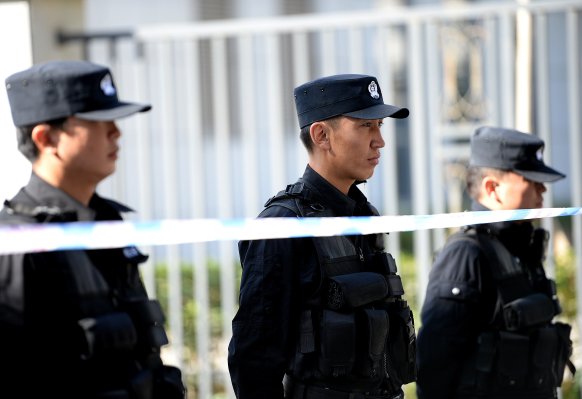 China Jails Xinjiang Activist for 19 Years
Next Up: Editor's Pick