Anthony Baxter has started production on an untitled documentary about the lead in drinking water crisis in Flint, Mich.

The Scottish director on Thursday told The Hollywood Reporter he first heard about the water contamination crisis while screening the sequel to his 2012 Donald Trump exposé You’ve Been Trumped at Michael Moore‘s Traverse City Film Festival last summer.

“This just wasn’t a case of people having their water cut off for not paying their bills,” said Baxter of U.K.-based Montrose Pictures. “They were paying for poisonous water. It was shocking.”

Flint’s 100,000 residents have been without safe drinking water since 2014, when local officials started diverting water from the Flint River to cut costs. Baxter in recent months has been on the ground chronicling how local residents, including children and pregnant women, have dealt with high levels of lead in their blood.

“People are there with their hair falling out, with rashes and children being sick,” said Baxter. “And they’ve gone to politicians and other people in power only to have their pleas for help fall on deaf ears.” President Barack Obama last week declared a state of emergency in Flint to deal with the crisis.

Baxter said he has followed local players like Marc Edwards, the Virginia Tech civil engineering professor who exposed Flint’s tragic water safety issues early on. But the director has yet to find his Erin Brockovich as he plans an inspirational film about a local community coming together to battle toxins in the local water supply.

“As we continue filming over the next few months, we will see how this incredible community has pulled together to try to get through this,” said Baxter. He expects to complete his film in late 2016 for release in spring 2017.

The documentary has received development funding from Creative Scotland and a crowdfunding campaign is planned. Baxter’s earlier film You’ve Been Trumped, also a David vs. Goliath doc, featured Trump appearing to run roughshod over beautiful Scottish seaside and local residents as they fought back to oppose construction of a luxury resort and golf course.

Baxter said he has yet to talk to Moore about appearing in his Flint crisis doc or even helping to finance the project. But he expects the Oscar-winning director to participate in some fashion.

“It’s impossible to tell a story about Flint without some involvement from Michael Moore,” said Baxter. 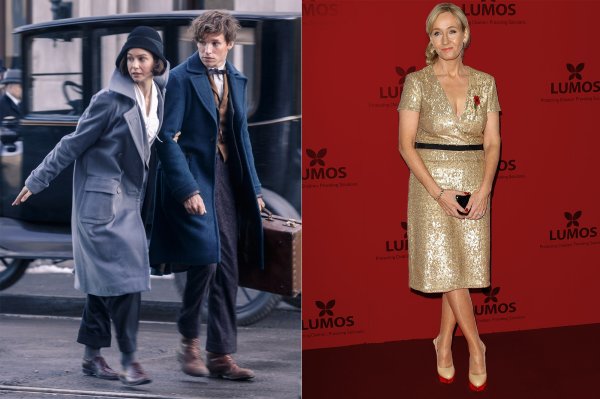