Amazon Offering Hoverboard Refunds Because of all the Explosions

Have a hoverboard you’re worried about catching on fire? Amazon will take care of that for you.

The e-retail giant has agreed to provide full refunds on all hoverboards purchased through the online store, according to the U.S. Consumer Product Safety Commission (CPSC). Customers who purchased a hoverboard from any manufacturer through the site can simply contact Amazon’s customer service and receive the refund.

Hoverboards have become a lightning rod of controversy over the last couple of months. The products are effectively self-balancing scooters. Soon after their launch, however, many burst into flames and videos have been posted to YouTube showing the devices burning up for seemingly no reason.

The surprisingly widespread fire hazard prompted all three major U.S. airlines, along with smaller airlines, to ban them on flights. Even CES, the year’s annual mega-event for technology, banned the devices from the showroom floor. Meanwhile, Amazon and Overstock.com both responded by banning the sale of some, but not all, of the hoverboards.

Some hoverboards contain lithium-ion batteries that top 160 watt hours, exceeding regulatory limits. It’s possible, therefore, that the devices could overheat and spontaneously combust. On videos posted to YouTube, that appears to be the problem with many of the hoverboards that have burned up.

Despite the obvious concerns, sales haven’t slowed down. Ebay reported that it sold nearly 7,500 hoverboards on Cyber Monday, or one every 12 seconds. On Amazon, hoverboards are still among some of the most popular products in several categories, suggesting they’re still selling somewhat well.

In December, Swagway, one of the leading hoverboard makers and a company that says its products are in full compliance with government regulations, said that it was still “catching up on orders placed over the Black Friday/Cyber Monday weekend.” The company added that it had a “backlog” of devices it still needed to ship.

Despite their popularity, Amazon responded to hoverboard safety concerns in the U.K. by offering refunds on some of the products it had sold. Despite taking some of hoverboards off its digital shelves, Amazon did not offer a special refund program beyond the standard refund it offers on all products until now.

Elliot F. Kaye, chairman at the CPSC, said that he was pleased to see Amazon change its refund policy on hoverboards and that it was “erring on the side of caution.” However, he added that his office, which is currently investigating hoverboards to determine their main issues, hopes that other retailers will follow Amazon’s lead and make it easier for consumers to return hoverboards.

“As encouraged as I am by Amazon’s actions, I expect other retailers and manufacturers of hoverboards to take action and offer a full refund now to their customers as well,” Kaye said in a statement on Wednesday. ” I also expect responsible large-volume online sellers in particular to stop selling these products until we have more certainty regarding their safety.”

Kaye went on to express other concerns about the hoverboards, saying that in addition to investigating their fire safety, they may be causing a spike in emergency room visits.

“Based on the increasing number of serious injuries and emergency room visits associated with these products, we are also expanding our investigation of the falls associated with hoverboards,” he said. “At first glance, it is easy to believe the risk of falling off a hoverboard is an obvious one and to dismiss those injuries as user inexperience or error. However, I am concerned, for example, that the current designs of these products might not take fully into consideration the different weights of different users, potentially leading to the units speeding up or lurching in a manner that a user would not have reason to anticipate, especially a first-time user.”

Looking ahead, things may not be looking so great for hoverboards. While Kaye would not commit to making any moves, he said he’s working with other agencies to mitigate hoverboard risks and “all options remain on the table.”

“Officials from CPSC, U.S. Customs and Border Protection, the U.S. Department of Transportation and the Federal Aviation Administration are regularly sharing information and insights with a common goal of taking whatever steps are necessary to prevent injuries and property damage from fires and falls,” he said.

Amazon did not immediately respond to a request for comment. 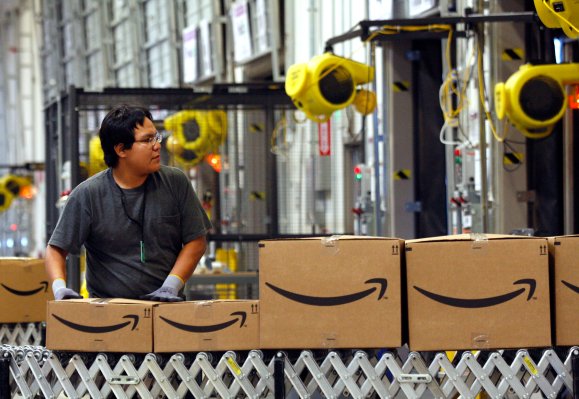 Amazon Prime is Getting a Price Cut This Weekend
Next Up: Editor's Pick