Speaking to reporters following a campaign stop in New Hampshire, Cruz said Dole, among others, were looking to continue the “cronyism” and “corruption” of Washington. “If you think of the last time we beat the Washington cartel it was 1980, it was the Reagan revolution, where millions of Americans rose up,” Cruz said. “And I would note that Mr. Dole then opposed Reagan, and said we need someone who can go to Washington who can cut a deal. Well the American people understood that’s not what we needed.”

Dole, a 92-year-old war hero and the GOP’s 1996 presidential nominee, suggested Wednesday that Trump was more amenable to the party’s elites than Cruz, who has alienated most of his colleagues in the Senate and drawn the ire of many in the donor and business communities. Cruz has also recently been criticized by Iowa Gov. Terry Branstad. “I don’t know how he’s going to deal with Congress,” Dole told the New York Times. “Nobody likes him.” He added he thought Trump could “probably work with Congress, because he’s, you know, he’s got the right personality and he’s kind of a deal-maker.”

“Just yesterday, Bob Dole explained why the establishment is supporting Donald Trump,” Cruz added. “They said he’s someone we rn make a deal with. He’s someone we can cut a deal with And I would note Donald just a couple of days ago, drew the difference between me and him. And he said look Ted won’t go along to get along, he won’t cut a deal. So if as a voter you think what we need is more republicans in Washington to cut a deal with Harry Reid and Nancy Pelosi and Chuck Schumer, then I guess Donald Trump’s your guy.” 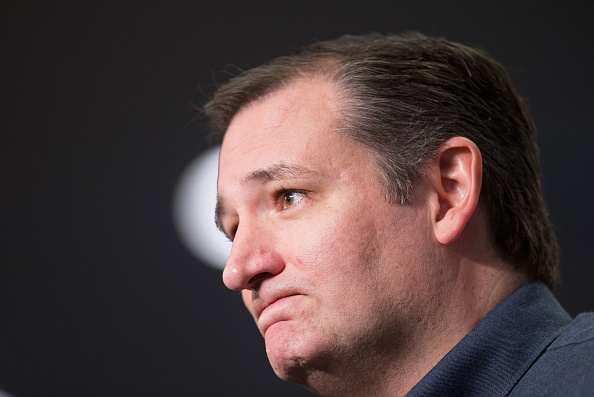