A shocking image from a study in Flint, Mich., where significant levels of lead have been found in the water supply, depicts the severity of the crisis since last year, as the water color ranges, chronologically, from yellow to orange to red.

The bottles contain water drawn from a home in Flint. The water in the two bottles on the far left were drawn Jan. 15, 2015, the next was drawn Jan. 16, 2015 and the water on the far right was drawn on Jan. 21, 2015. The studies are conducted by Virginia Tech scientists at FlintWaterStudy.org.

The Flint crisis is the subject of the new cover of TIME, The Poisoning of An American City. The toxic water in the city of nearly 100,000 people has prompted President Barack Obama to sign an emergency declaration, and led Michigan Governor Rick Snyder to mobilize the National Guard. Under fire for his handling of the crisis, Snyder released a batch of related e-mails and defended his response in an interview with TIME.

Correction: The original version of this story misidentified the collection dates of the water samples. The samples were taken in January 2015. 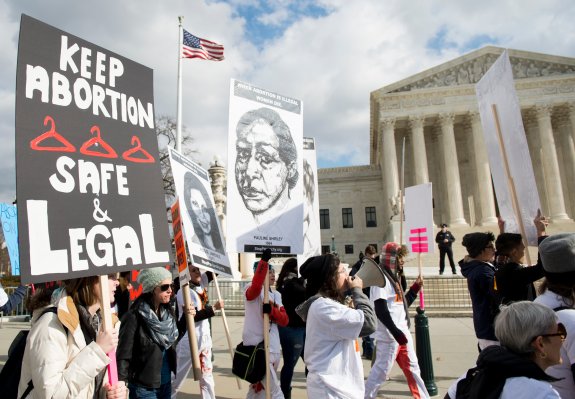 Online Campaigns Encourage Women to Speak Up About Their Abortions
Next Up: Editor's Pick