Mojave: humor as dark and bitter as a burnt espresso
A24
By Stephanie Zacharek

William Monahan, who has written screenplays for some terrific movies–The Departed among them–is fast on his way to becoming the smartest, wiliest indie director no one has heard of. In 2010 his scrappy, ’60s-inflected thriller London Boulevard, with Keira Knightley and Colin Farrell, disappeared, unfairly, with barely a trace. Now he brings us the wicked noir comedy Mojave. Garrett Hedlund’s Thomas, a hugely successful but very depressed star, treks to the desert to find enlightenment or solace or both. There he’s joined, around his cozy little he-man campfire, by scruffy autodidact drifter Jack (Oscar Isaac), who’s fond of Shakespeare, the Bible and messing with people’s heads. When Thomas asks what he “does,” Jack replies, “I fall upon travelers. People come out to the desert, they get fallen upon by thieves. It’s very traditional.” Wisely, Thomas gets out fast, but not fast enough.

Mojave riffs on the emptiness of Hollywood: Mark Wahlberg shows up as a coked-out movie executive, given to padding around his gaudy palatial estate in a cozy bathrobe and a pair of Uggs, ordering up hookers and Chinese food, as one does. But Mojave’s real reason for existing is the wiry, woolly dialogue that Monahan has spun out for his actors. Thomas and Jack taunt and bully each other ruthlessly. Isaac, in particular, has a great time with all this devilry, and it doesn’t hurt that Jack is missing a tooth or two: his jack-o’-lantern grin only enhances his vibe of charismatic derangement.

Monahan’s sense of humor is as dark and bitter as a burnt espresso, and he has a taste for grim violence. But he still has a great deal of feeling for his characters, and that’s the key to Mojave. These guys are awful, but Monahan makes sure we always see where they’re coming from. At one point, Thomas passes a rock spray-painted with graffiti, a cruel joke in light of his belief that the desert represents an escape from civilization. But the joke’s on him, considering that he takes no notice of it–for all his talk about the landscape, the landscape escapes him. In Mojave, the desert, a place of dusky golds and hazy blues, looks like a better spot for losing yourself than for finding answers. Then again, maybe the two are the same thing. 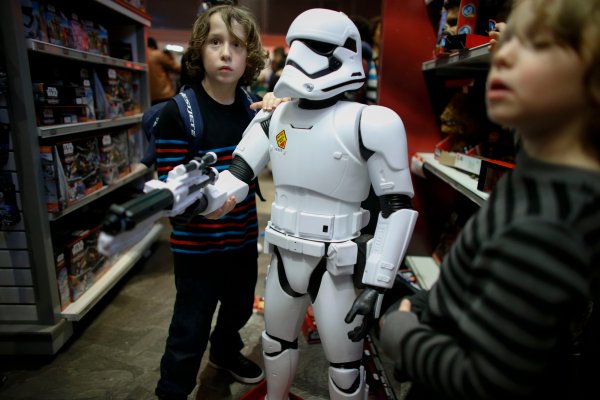