The Unbearable Whiteness of the Oscar Nominations

The Oscars don’t see color, which is exactly why they’re so white.
No credit
By Eliza Berman

On Feb. 28, the 88th Academy Awards will be hosted by a black comedian, Chris Rock, and co-produced by a black man, Reginald Hudlin. When the president of the Academy of Motion Picture Arts and Sciences takes the stage at the Dolby Theatre, the audience will hear from a black woman, Cheryl Boone Isaacs. Yet when it’s time to dole out little gold statues to the best actors of 2015, there will be no nonwhite performers giving an acceptance speech.

For the second consecutive year, of the 20 nominations available to actors, not a single one went to a person of color. It’s the first time since 1980 that the Oscars have gone without any nonwhite acting nominees for two years running. Before that, you’d have to go back to 1947, which marked the end of an eight-year stretch of all-white nominees, the Oscars’ longest. Even the eight films up for Best Picture this year are void of stories about nonwhite people, and other than categories for which women must be nominated, their names are similarly scarce. In the race for Best Director, the last female nominee, Kathryn Bigelow, also happens to be the only woman ever to have won, and that was seven years ago, for The Hurt Locker.

Immediately after the Jan. 14 nomination ceremony, the Internet saw a resurgence of the hashtag #oscarssowhite, which entered the vernacular after last year’s field was announced, highlighted by perceived snubs for Selma director Ava DuVernay and star David Oyelowo. By Jan. 18, Martin Luther King Jr. Day, Boone Isaacs issued a statement: she was “heartbroken and frustrated about the lack of inclusion.” Spike Lee, who recently received a lifetime-achievement award from the Academy, and Jada Pinkett Smith announced plans to have other plans on Oscars night. In an online video, Pinkett Smith said, “Begging for acknowledgment, or even asking, diminishes dignity and diminishes power.” As the Rev. Al Sharpton urged viewers to “tune out” to damage ratings and impact the Academy’s “bottom line,” George Clooney–who has himself received criticism for a lack of diversity in his films–told Variety that the film world is “moving in the wrong direction,” citing a lack of opportunity for nonwhite filmmakers. “By the way, we’re talking about African Americans,” he added. “For Hispanics, it’s even worse. We need to get better at this.”

The knee-jerk reaction is to blame the Academy. Its members, after all, are the ones who determine the nominees–actors nominate actors, cinematographers nominate cinematographers, etc., and all of them have a say in Best Picture, as well as a vote on the finalists in all categories. According to a 2012 study by the Los Angeles Times, Academy membership is 94% white and 77% male, and Boone Isaacs has turned the spotlight inward, promising to build on recent efforts to diversify recruitment. The obvious path to a broader spectrum of nominees is to recruit more nonwhite and female members–a reality reflected in a surfeit of psychology studies showing that people tend to hire, stop at crosswalks for and even buy iPhones on eBay from people who look like them.

The Academy maintains an annual, three-step membership process like those of exclusive country clubs. The “easy” way is to receive an Oscar nomination, which automatically qualifies you but still requires votes from the branch to which you will belong (e.g., screenwriters, directors, costume designers) and the board of governors. Those who haven’t been nominated must be sponsored by two branch members and meet certain criteria–an actor must have had a significant speaking role in at least three feature films “of a caliber that reflect the high standards of the Academy.” Then a branch committee votes the prospect up or down. If the panel says yes, the name is passed on to the governors. The board currently includes Tom Hanks, Bigelow, producer Kathleen Kennedy and 48 other filmmakers. Boone Isaacs and cinematographer Daryn Okada are the only people of color.

The Academy has undertaken novel membership drives before. In the ’60s and ’70s, as a new generation of directors–Francis Ford Coppola, Martin Scorsese, Dennis Hopper–was remaking the American film landscape, the Academy successfully made a concerted effort to bring in younger members. Now it seeks to add racial and gender diversity along with youth in its new recruits.

Of course, members can only vote for movies that manage to survive Hollywood’s notoriously difficult production cycle and make it into theaters. Women and people of color contend with a film industry in which they historically have faced less access to financing, fewer opportunities to direct and a widespread belief that leading actors who are neither white nor male are box-office poison. Sometimes these fears are explicitly stated, as when Ridley Scott, in response to complaints that his 2014 ancient-Egypt film Exodus: Gods and Kings was whitewashed, explained, “I can’t mount a film of this budget … and say that my lead actor is Mohammad so-and-so from such-and-such. I’m just not going to get it financed.”

Lee echoed the idea that the problem starts long before votes are cast: “The Academy Awards is not where the ‘real’ battle is,” he wrote on Instagram. “It’s in the executive office of the Hollywood studios and TV and cable networks. This is where the gatekeepers decide what gets made and what gets jettisoned to ‘turnaround’ or scrap heap.”

But among those films that did get made in 2015, there were plenty of nonwhite performers for Academy members to consider: Will Smith in Concussion, Idris Elba in Beasts of No Nation, Michael B. Jordan and Tessa Thompson in Creed, Teyonah Parris in Chi-Raq, Samuel L. Jackson in The Hateful Eight and Benicio del Toro in Sicario, to name a few. Creed, a film by a black director with a black lead actor, got one Oscar nod, for white supporting actor Sylvester Stallone. Straight Outta Compton, a biopic about hip-hop pioneers N.W.A, might have earned a spot in the Best Picture field were that group’s place in pop-music history more widely understood by an Academy with a median membership age of 62.

The Oscars look even less diverse when compared with the Golden Globes, which appear more inclusive. That’s largely thanks to the Globes’ awards for television, currently burgeoning with acclaimed shows about women and people of color that turn in solid ratings. Television is less expensive, faster to produce and free from the burden of international marketing. Yet if Empire, Master of None and any show touched by Shonda Rhimes have proved anything, it’s that such stories do not deter white audiences from watching. The movie machine is undoubtedly a tougher ship to turn, but if the Academy doesn’t shift course, it may soon be reading an even harsher hashtag: #oscarswhocares? 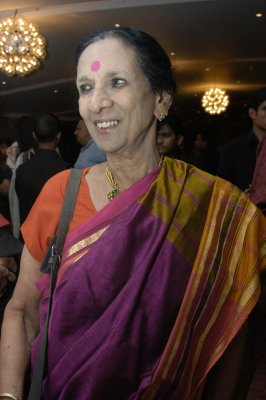