A man has been sentenced to six years in jail, in what a local rights group says is the toughest ever penalty given by a civilian court for a single offense under Thailand’s strict lèse majesté law.

The law ostensibly prohibits defaming, insulting or threatening senior members of the royal family but has been used with increasing frequency and harshness to stifle political opposition since 2014, when the military took power in a coup.

Piya Julkittipan, 46, who was arrested in December 2014, was found guilty of breaking both the lèse majesté law and the Computer Crimes Act by posting pictures of King Bhumibol Adulyadej on Facebook with supposedly insulting captions.

The former stockbroker was sentenced initially to a nine years in prison by the court, but the term was reduced because he provided unspecified “useful information” at the trial, according to the Bangkok Post.

Thai human-rights group iLaw said, in a statement cited by Reuters, that the sentence was “the highest sentence the civilian court has ever given for one count of lèse majesté.” Military courts have handed down even longer sentences, including a 30-year term — reduced from 60 years after the man pleaded guilty — also for Facebook posts critical of the monarchy. One man has even faced almost 40 years in jail for a satirical post about the King’s dog.

Human Rights Watch said last month that at least 56 cases had been brought since the May 2014 coup, 43 of them leveled against individuals for online commentary. 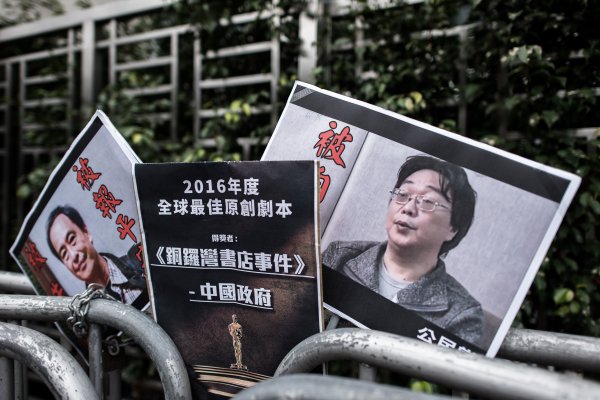 Thailand Tight-Lipped on Hong Kong Publisher
Next Up: Editor's Pick