In the back-and-forth over an aggravated indecent assault charge brought against Bill Cosby, the Pennsylvania district attorney who filed the criminal charge asked a court on Wednesday to dismiss efforts by Cosby’s lawyer to have the charge dropped or otherwise prevent the office from prosecuting the case.

In a news release, the office of Montgomery County District Attorney Kevin Steele says Cosby is “seeking special treatment in attempting to have pre-trial motions heard prior to a preliminary hearing, the next step in the legal process.”

Steele’s office further says the accused is “seeking to distract from the allegations against him by attacking the District Attorney’s Office.”

The latest motion follows a Jan. 11 motion by Cosby’s camp, which argued that criminal charges brought Dec. 30 against Cosby “violate an express agreement” with authorities who earlier promised that no charges would result from allegations made by Andrea Constand, and that Steele’s decision to bring charges now is politically motivated.

Constand is the former director of operations for the Temple University women’s basketball team who went to authorities in January 2005 with allegations that, in January 2004, Cosby gave her pills at his house and sexually assaulted her. The Montgomery County district attorney at the time, Bruce L. Castor, did not file criminal charges, but after Constand sued Cosby, she and the comedian agreed to a civil settlement in 2006.

Since that time, Cosby through his lawyers has constantly denied subsequent allegations now raised by more than 50 women who say Cosby drugged and/or sexually assaulted them.

Cosby’s legal team has argued that a “non-prosecution agreement” forged at that time of the civil settlement assured Cosby would not face criminal charges in Constand’s allegations after he agreed to “testify fully” in the civil matter. Yet that very testimony, in which Cosby admitted to giving quaaludes to women he wanted to have sex with, propelled the revived investigation against him, Steele’s office has said.

“The defendant contends that a former district attorney granted him immunity or a promise not to prosecute via a press release, despite the language contained in the press release that clearly states the decision not to prosecute in 2005 may be reconsidered,” reads the statement from Steele’s office. “Additionally, only a judge may issue a grant of immunity, which was not done in 2005 or since.”

The effort by Cosby’s attorney to have Steele and the Montgomery County District Attorney’s Office removed from the case “is unwarranted and a blatant attempt to pick his own prosecutor,” adds the statement.

Says Steele in the news release: “We have been ready and remain ready to present our case in court at the preliminary hearing and are asking Judge Steven T. O’Neill to dismiss this improper motion by the defense so we are able to proceed with Mr. Cosby’s preliminary hearing.”

Such a hearing, according to Pennsylvania law, will not decide innocence or guilt but rather whether there is evidence “that a crime has been committed and the accused is probably the one who committed it,” thus allowing the prosecution to proceed – or, if the evidence comes up short, for the prosecution to end. 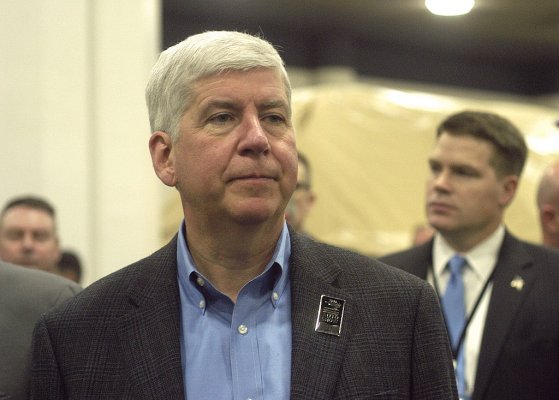