Boys play with a Stormtrooper toy from Star Wars at a Toys"R"Us store on December 24, 2015 in New York City.
Kena Betancur—Getty Images
By Daniel White

Star Wars toys were the hottest property in the toy industry last year, generating hundreds of millions of dollars of sales, according to new data.

Toys based on Star Wars: The Force Awakens reaped $700 million in the United States, retail research firm NPD Group announced Wednesday, Reuters reports. While the newest Star Wars installment was released on Dec. 18, toy sales from the franchise started early with Disney promoting “Force Friday” on Sept. 4, when retailers launched the merchandise early to create buzz for the film.

Disney announced last week that new products were on the way, after backlash over a lack of toys featuring Rey, the film’s female lead. The company said it kept some Rey products behind closed doors so as not to spoil the movie, according to Reuters. 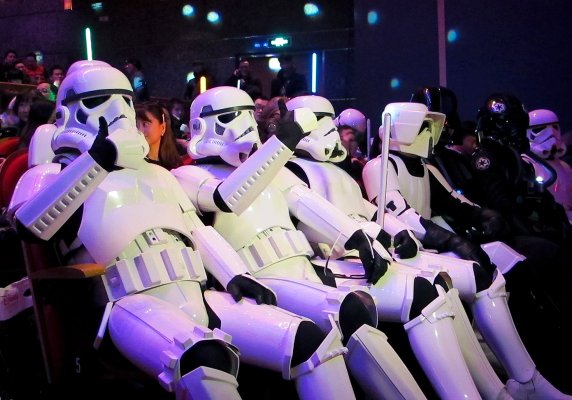 Star Wars: Episode VIII Pushed Back to 2017
Next Up: Editor's Pick