Michigan Governor Rick Snyder on Wednesday released 274 of his own emails regarding Flint’s drinking water amid mounting criticism over how his administration handled the public-health crisis and calls for his resignation.

The second-term Republican on Tuesday had pledged to reveal the emails during his annual state of the state speech. He has defended his handling of the situation, telling TIME that his office “took action” as soon as it learned of elevated lead levels in blood.

Here’s what the most significant of the emails between the governor and his staffers contained:

“Some of the Flint people respond by looking for someone to blame”
Sept. 26, 2015:
Snyder’s former chief of staff, Dennis Muchmore, told the governor that Flint residents were looking to point fingers over complaints of “taste and smell” in the water. He said it was up to the city to fix the problems.

“The water certainly has occasional less than savory aspects like color because of the apparently more corrosive aspects of the hard water coming from the river, but that has died down with the additional main filters. Taste and smell have been problems also and substantial money has been extended to work on those issues,” Muchmore wrote.

“Of course, some of the Flint people respond by looking for someone to blame instead of working to reduce anxiety,” he continued. “We can’t tolerate increased lead levels in any event, but it’s really the city’s water system that needs to deal with it. We’re throwing as much assistance as possible at the lead problem as regardless of what the levels, explanations or proposed solutions, the residents and particularly the poor need help to deal with it. The residents are caught in a swirl of misinformation and long term distrust of local government unlikely to be resolved.”

“I can’t figure out why the state is responsible”
Sept. 25, 2015
Muchmore told Snyder that Flint’s water issue “continues to be a challenging topic” and said the switch to use the city’s river water has “spurred most of the controversy and contention.” He went on to talk about how “some in Flint” are turning the situation into a “political football” to try to “shift responsibility to the state.” “I can’t figure out why the state is responsible except that Dillon (then state treasurer Andy Dillon, according to the Detroit Free Press) did make the ultimate decision so we’re not able to avoid the subject,” Muchmore wrote.

“It is completely unacceptable”
Sept. 28, 2015
Senate Democratic leader Jim Ananich wrote Snyder a letter about the dangers of the drinking water. “It is completely unacceptable that respected scientific experts and our trusted local physicians have verified that the City of Flint’s drinking water is dangerous for our citizens, especially our most vulnerable young people,” Ananich wrote. “As a result, I am formally requesting assistance as suggested by the experts on the frontline of this public health crisis. We jeopardize any progress and comeback for our cities and state if we cannot ensure safe, basic necessities for our families or if we cannot come together swiftly to fix an identified, severe threat to the safety of our people.” A draft of the letter was emailed to Muchmore, who forwarded it to Snyder with the message “Just got this.”

“I said I wasn’t aware of that”
Oct. 21, 2015
Snyder urged his staffers to check on the status of children with higher levels of lead after a woman claimed “claimed that two Flint children were in critical condition over lead.” “Her source was Rev. Bullock,” the governor wrote. “I said I wasn’t aware of that and that all of the identified children were being tracked by public health officials.” 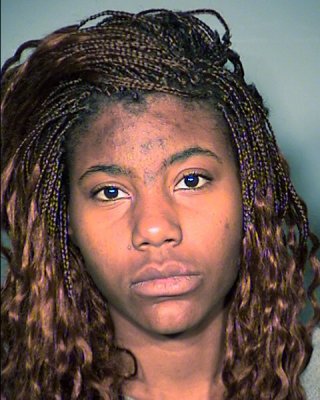