Here's How People Die After Age 100

People who live more than 100 years are fascinating to all of us because they seem especially skilled at dodging risk factors that make death come quicker. That’s why when these centenarians eventually die, their cause of death is of interest—particularly to scientists. A new report released by the CDC’s National Center for Health Statistics on Thursday takes stock of the status of centenarians in the United States.

It reveals that the number of Americans that reach 100, though few, went up nearly 44% from 2000 (when there were 50,281 centenarians alive) to 2014 (when there were 72,197). The researchers also report that women accounted for about 80% of the total centenarian population in the U.S. during that time.

According to Dr. Thomas Perls, who was not involved with the new study but is a professor of medicine and geriatrics at the Boston Medical Center and director of New England Centenarian Study, the rise in the number of people living into their 100s is likely due in part to massive improvements in public health in the 1900s. A section of the population with the ability to live very long lives were now living with medical capacities that prevented ailments, like some infectious disease or problems during childbirth.

The fact that women live longer isn’t a surprise. “Women are definitely winning the longevity race,” says Perls. That might be thanks to a combination of factors like genetics and lifestyle, according to Perls.

Overall, death rates for people age 100 and older went up from the year 2000 to 2008, but then fell through 2014, the study finds. Among centenarians, the top five causes of death in 2014 were heart disease, Alzheimer’s disease, stroke, cancer, and influenza and pneumonia. The researchers found that the death rates for Alzheimer’s disease among centenarians increased 119% between 2000 and 2014.

Perls says around 40% of centenarians do not get Alzheimer’s, and that when they do get the disease, it’s markedly delayed compared to the general population. The increase could be due the fact that there are more centenarians than before, he says.

This is likely not the last time we see an increase in the number of people 100 and older who are alive. Perls predicts that in 2040, we will likely see a huge number of centenarians as the Baby Boomers continue to age. 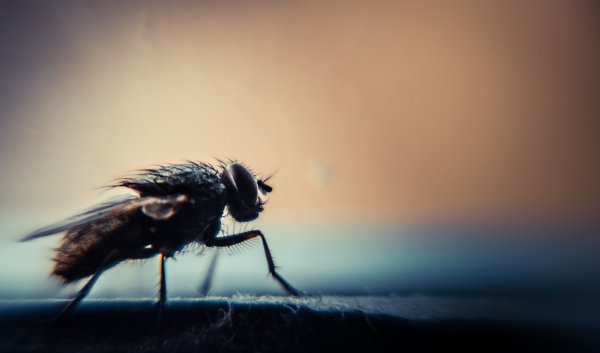 Hundreds of Insect Species Are Living in American Homes
Next Up: Editor's Pick