Doug The Pug's Owner: How I Went From Assistant to Full-Time Dog Momager

If someone told me five years ago that I’d be running a business, selling merchandise, releasing a book and traveling many times a month for the promotion of my dog, I most likely would have laughed in their face while questioning their sanity. But here I am, the full-time dog momager for Doug the Pug, a brand I created around posting funny pictures and videos of my now-famous three-year-old pug.

It all started when I was working as an assistant at a record label/management company and, at the age of 21, I finally caved to peer pressure from friends to join Instagram. I noticed a trend right away: pictures of my dog with tongue-in-cheek captions got way more likes than anything else I posted. So in September of 2014, I created an Instagram account just for Doug. It took several months before I had the following I was posting and aiming for, but I stayed consistent, knowing that people would come if the content was good enough. Slowly building Doug’s following also gave me the opportunity to fine-tune the feed, making it inviting and funny and creating a strong, recognizable voice.

Six months later, I quit my day job, telling my boss (and my parents) that I was leaving the music industry to pursue a career in freelance graphic design. But in the back of my mind, I secretly hoped that Doug’s social media accounts would amass enough of a following that I could devote myself to running them full-time.

Then, I struck gold: one of the first videos my boyfriend and I ever created for Doug unexpectedly went viral on Facebook, bringing in 20 million views in just a few days. The video was simple: Doug ran around a Nashville park with a pug balloon attached to his hip while “Best Friend” by Harry Nilsson played in the background. Doug looked cute and the concept hadn’t been done before, but I didn’t do anything in particular to boost the post or help it gain traction. The organic virality of the video was honestly surprising to me at the time, but it only made me hungrier to achieve the same effect again and again.

My boyfriend, who at that point had become a part-time Doug videographer, worked with me to create and publish more videos since the first one got such a great response. This is something I wouldn’t have had the time to do if I’d still been working a day job—so although it was risky, quitting and going all-in paid off big-time for me.

My biggest advice to people who want to build their own brand on social media is to create something that they would personally want to follow. I started Doug’s Instagram as something that I would respond to as a pug and animal lover, and sure enough, some of the Instagram accounts I had already been fans of—like Pugs of Instagram and Dogs of Instagram—started picking up my photos of Doug pretty early on.

Consistently posting the type of content that won over your followers from the beginning is also huge. No matter how busy I am with Doug or where we’re traveling, I make sure to post at least two photos a day—and that’s something I’ve done pretty much since the beginning, even when I had another full-time job. And I always try to make people laugh while keeping Doug relatable enough that his followers will want to share his posts with their friends.

You will get laughed at in the beginning, you may lose friends who don’t take a job on social media seriously and you will have people from your past suddenly wanting to be your best friend. The Internet will also try to break you down with mean comments (I’ve been told that Doug is incredibly unhappy and that I’m abusing him, among other things). But Doug and I have also appeared on nighttime news segments and talk shows, seen crowds of over 600 people line up just to meet us at fan events, been recognized everywhere we go and met heroes of mine like Steven Tyler, Ed Sheeran and John Legend. So yeah, I guess I’d say it’s all worth it.

Leslie Mosier is the graphic designer, social-media mogul and mastermind behind Doug The Pug. He currently has a network of over 5 million fans. 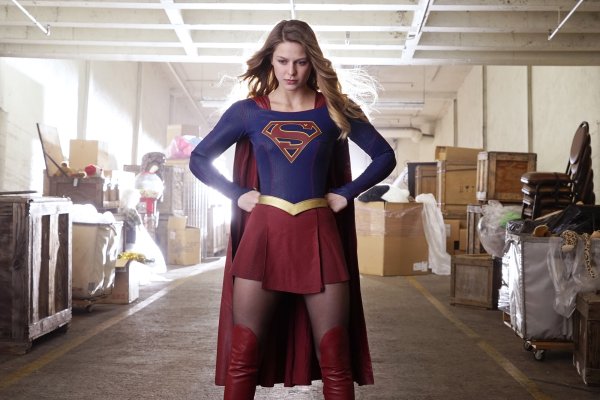 Melissa Benoist: What Playing Supergirl Means to Me
Next Up: Editor's Pick