Nestle’s attempt to trademark the KitKat shape was denied in England.

The British High Court ruled Wednesday in the long legal battle between Nestle and Cadbury over the shape of the four-fingered candy bar. Judge Richard Arnold found that the shape wasn’t distinctive enough to warrant a trademark, according to CBS.

Arnold concluded that the shoppers weren’t likely to confuse KitKats with similarly shaped chocolate bars because of the distinctive packaging. “In these circumstances it seems likely that consumers rely only on the word mark KitKat and the other word and the pictorial marks used in relation to the goods in order to identify the trade origin of the products,” he said. “They associate the shape with KitKat (and therefore with Nestlé), but no more than that.”

Nestle, manufacturer of KitKat bars in the U.K., told CBS that it plans to appeal Arnold’s decision, saying in a statement, “we believe that the shape deserves to be protected as a trademark in the U.K. and are disappointed that the court did not agree on this occasion.” 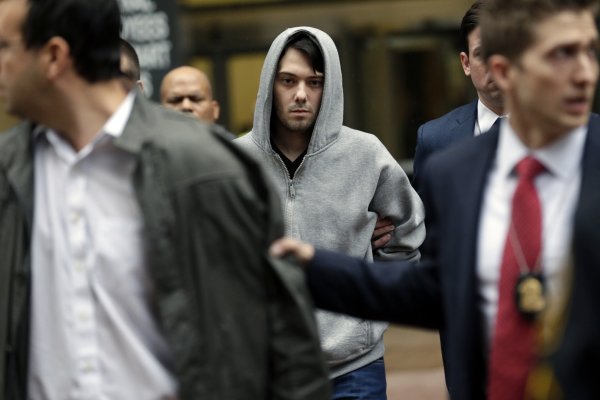 Former Drug CEO Martin Shkreli Is Getting New Lawyers
Next Up: Editor's Pick