Former President Bill Clinton is sharpening his criticism of his wife’s leading rival, telling voters in New Hampshire that Sen. Bernie Sanders doesn’t understand just how impossible his health care plan would be to implement.

The short version of Bill Clinton’s pitch: a vote for Sanders is a wasted ballot.

“It’s a recipe for gridlock,” the former President said as he campaigned in New Hampshire for the White House bid of his wife, Hillary Clinton. “We don’t need more gridlock in Washington. We cannot afford to waste a year or two.”

Sanders has proposed a health care system that would guarantee all Americans access to health care coverage. Clinton’s campaign has eviscerated it as a fairy tale and, if ever enacted, a massive tax hike on working families. Sanders has said that the tax bill would be offset by savings on health care premiums.

Read More: Here’s the Case Against Bernie Sanders Getting the Nomination

Democrats’ health care law passed only when the party controlled both chambers, something that is unlikely to happen until after new House districts are drawn following the 2020 Census. No Republican-led House would never go for Sanders’ ideas.

Hillary Clinton, who is struggling in New Hampshire polls against Sanders, faces a very real risk of losing both leadoff Iowa and New Hampshire. Hoping to avoid that embarrassment, Clinton’s campaign is working to snuff out Sanders’ odds.

Bill Clinton, in his masterful style, had plenty of coded criticism of Sanders. For instance, he swiped at Sanders, who said Planned Parenthood’s endorsement of Clinton was a reminder that the Democratic Establishment is working against Sanders. “Hillary Clinton does not consider Planned Parenthood a member of the Establishment,” Clinton said in a sage play for female voters.

Clinton remains the favorite to win the Democrats’ nomination. Yet there are very real questions about her campaign, especially in New Hampshire. “We’re in a hard fight,” said the former President, who used a second-place finish in 1992’s New Hampshire primary to brand himself “the comeback kid.” “I know we’re fighting against one of your neighbors.”

Hillary Clinton won New Hampshire’s 2008 primary, but came up short in her bid against Obama. Bill Clinton is hoping New Hampshire voters still have their affinity for his family after a quarter-century. “This state has been so good to me and to Hillary,” Clinton said. 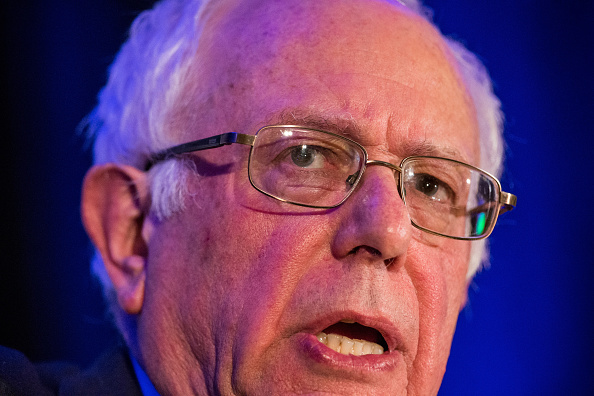 Here's the Case Against Bernie Sanders Getting the Nomination
Next Up: Editor's Pick