A massive storm is set to dump more than a foot of snow in parts of the Northeast this weekend, with the Washington, D.C. metro area expected to get hit the hardest, according to the National Weather Service.

On Wednesday the NWS issued a blizzard watch from Friday afternoon to late Saturday night for portions of Virginia and Maryland, including Washington, D.C. and Baltimore. Blizzard conditions include a large amount of snow, winds in excess of 35 mph and visibility decreased to less than one-fourth of a mile. Coastal flooding is also a possibility in the region.

The NWS’s Storm Prediction Center estimates that 12 to 18 inches of snow will fall in the D.C. metro area on Friday and Saturday. Such totals could “cripple the city,” according to the Washington Post. “The centerline track for this winter storm will be right through D.C.,” says Patrick Burke, a meteorologist at the NWS Prediction Center. “The expectation is there will be a foot of snow or more affecting a pretty large range of the mid-Atlantic.”

Cities farther north, including Philadelphia, New York and Boston, are also expected to see snowfall, though the totals are expected to dwindle as the storm moves north into New England. As of Wednesday the NWS was only projecting 1 to 3 inches of snow in New York through Saturday, though Burke said the forecast could increase before the weekend.

All told the storm could affect as many as 50 million people, according to AccuWeather. Burke said it could be one of the largest winter storms of the last 20 years. “Looking at the size of this storm, the swath [affected] will extend from Kentucky all the way to southern New England,” he says. 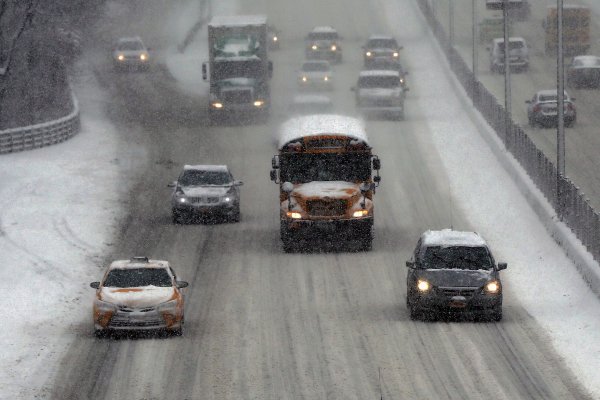 Snowstorm Headed for East Coast
Next Up: Editor's Pick