2015 Was the Warmest Year on Record

Aerial view of the Hubbard Glacier which is a glacier located in eastern Alaska and part of Yukon Canada. Elements of this image furnished by NASA.
Roberto Machado Noa—LightRocket/Getty Images
By Sarah Begley

Last year was the warmest year on record, breaking previous highs by the largest margins on record.

In an annual report from the National Oceanic and Atmospheric Administration, officials said the overall global temperature was up 1.62°F (0.90°C) from the 20th century average, breaking the previous record set in 2014 by 0.29°F (0.16°C). New globally-averaged highs were registered both in land surface and sea surface temperatures.

This is the fourth time a new global record has been set in the 21st century. Ten out of 12 months in 2015 saw new monthly records set. 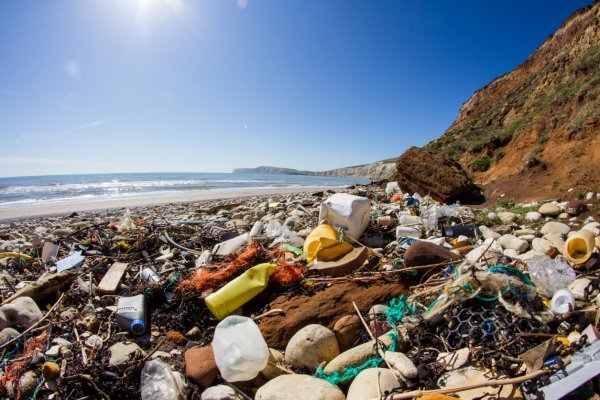 Study: Oceans Will Have More Plastic Than Fish By 2050
Next Up: Editor's Pick