Nearly 30 years ago, Robert Solow, one of the world’s pre-eminent labor economists, made a famous quip: “You can see the computer age everywhere but in productivity statistics.” Aside from being a prime example of what passes for humor among economists, the sentiment became known as Solow’s Paradox, the notion that even as technology progresses, productivity can lag behind. It’s a paradox because, though we know technology improves productivity and greater productivity creates economic growth, we can’t always measure the two working in tandem.

Solow’s Paradox is top of mind at this year’s World Economic Forum (WEF) in Davos, Switzerland, the annual confab of top politicians, chief executives, bankers and economists. Specifically: it is obvious that technology is changing nearly every aspect of our lives—from how individuals earn a paycheck to how states fight wars—so where exactly is the economic growth history tells us is our due?

Instead of being poised to reap the rewards of a technological windfall, the world is increasingly bracing for what might be yet another global recession in 2016. Slowing growth in China, a flatlining Europe, plunging oil prices that are simultaneously decimating emerging markets and failing to provide the usual boost to richer countries—all of these things have added up to a perfect storm of global gloominess. Even the U.S., the would-be brightest spot in the world economy, is looking at GDP growth this year that may be considerably lower than the meager 2% once hoped for. Eight years on from the Great Recession, this is more than depressing for the U.S. policy­makers who still vividly recall sweating through the near collapse of the global financial system in 2008.

This dreary scenario is unfolding in the midst of what the WEF crowd calls “the fourth industrial revolution.” This encompasses a lot of the most exciting and promising technological innovations of our day in fields including artificial intelligence, machine learning, robotics, nanotechnology, 3-D printing, genetics and biotechnology. Not only are these areas evolving more quickly than ever before but they overlap in ways that will disrupt the global economy, starting with labor markets. A report released by the WEF during the conference predicts that these trends, combined with other socio­economic and demographic changes, will lead not to job growth but to a net loss of over 5 million jobs in 15 major developed and emerging economies by 2020.

The big question is whether this economic paradox will resolve itself over time, the way the last one did. Back in the mid-1980s, companies all over the world, but most notably in the U.S., began to invest heavily in new computer and software technologies. Personal computers were suddenly every­where, and companies like Microsoft boomed. Yet it took until the late 1990s for the economy as a whole to reap the benefits. A similar trend is in evidence today: people carry the power of several PCs in the smartphones they have in their pockets. Apps cost just a couple of bucks, compared with the hundreds of dollars it used to take to load a new PC with advanced software. And yet productivity is languishing. Since economic growth is basically just productivity combined with population growth, which is slowing in most parts of the world, we desperately need the fourth revolution to start showing some mojo.

Part of the problem is that this revolution has so far been mostly a consumer one. According to a recent McKinsey Global Institute (MGI) report, only about 18% of U.S. industries have fully embraced it. Everyone uses the Internet, but only a handful of ­sectors—media, financial services, IT—have leveraged digital technologies fully to grow their businesses. What’s more, those industries aren’t particularly large employers relative to less technologically advanced ones, like education, retail and manufacturing.

In fact, the least digitally savvy industries, including hospitality, health care and lower-end retail services, are currently the fastest job creators. Given that more digitally robust industries tend to create much higher-paying jobs, that’s a bad formula for productivity, not to mention wage and economic growth. “We all use cool new technologies, and a handful of companies are making out like bandits on them, but we simply don’t see the effects yet on productivity and growth across the board,” says MGI director James Manyika, because industry as a whole isn’t yet on board.

Part of that is natural lag. It took the effects of electricity 50 years to trickle through the economy. The PC revolution took about a decade. The coming uptick may even happen a bit faster, given that companies are now facing pressure not just from within their industries but from outside them. The fourth industrial revolution is forcing companies to compete across sectors and increasingly across borders. Tesla and Google are impacting the long-range planning of Ford and General Motors, for instance. And globalization is being democratized as small and midsize companies use technology to compete with bigger peers abroad. App developers in West Africa can now sell their wares as easily as those in California.

But big, established industrial companies are still by far the world’s largest employers. That’s one reason everyone is watching General Electric’s push into the industrial Internet, or the Internet of Things. Over the past several years, the 124-year-old firm has transformed itself by reclaiming its roots as an industrial innovator, placing a bet on the idea that like the U.S. in the postwar period, emerging markets will eventually go through a middle-class boom. GE is now focusing on growing transport, infrastructure, communications, construction and health care businesses. So far, that seems to be paying off.

The vexing problem with the lag is the effect on labor. Middle-­income workers in particular have seen their wages flatten as technology moves higher and higher up the economic food chain. MGI estimates that this trend will actually increase in the coming decade as artificial intelligence does more of what people used to do. Current AI technologies can replace only about 5% of jobs, but they will significantly change the nature of the majority of them, meaning that companies and governments alike will have to spend more money and time training workers of the future. Otherwise wages will continue to stagnate, as will economic demand. (In the U.S. and most other rich nations, consumer demand is the largest component of the economy.)

Likewise, inequality will grow. Among the flurry of white papers at Davos: Oxfam’s report on the “economy of the 1%” noted that 62 of the world’s richest people now hold as much wealth as half the planet. “The fourth industrial revolution, the Internet of Things—all that may create growth and pros­perity in the long term, but in the short term, if you want growth, you’ve got to create more demand,” says Manyika. Given that there is only so much that the 1% can buy, that will require deep growth-­bolstering changes in everything from tax codes and corporate governance to education and infra­structure. In short, the hard stuff.

All of those topics will be much discussed at Davos. But the elites on the Magic Mountain don’t have forever to act on them. One of the more disturbing surveys released was the annual Edelman Trust Barometer, a multicountry study in which tens of thousands of people were asked how much they trust government, business, non­governmental organizations and media to do what is right for populations as a whole. The survey showed a yawning institutional-trust gap between the world’s most well off and everyone else. While trust is rising among the educated elite, it’s near record lows on much of Main Street. No wonder social unrest, populism and the politics of anger were also among the most discussed topics at Davos. 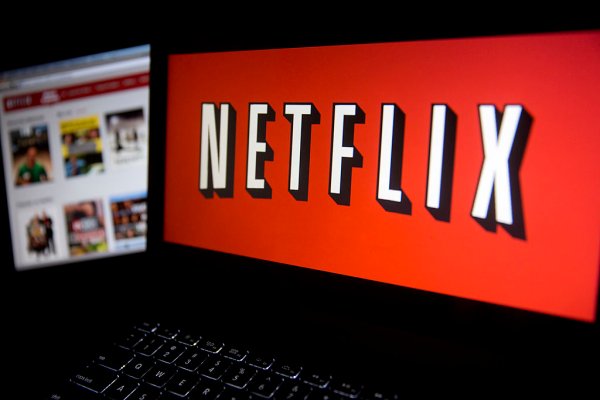 This Is How Much Netflix We're All Watching Every Day
Next Up: Editor's Pick