The Honest Trailer for Labyrinth Honors 'How Awesome David Bowie Was'

David Bowie as Jareth, the Goblin King in Labyrinth in 1986.
TriStar Pictures
By Will Robinson / Entertainment Weekly

For a certain generation, David Bowie’s legacy is fueled by his turn in Labyrinth. The 1986 cult classic from Jim Henson, Terry Jones, and LucasFilm is crazy, unhinged, and fantastical in the best of ways.

That’s why Screen Junkies didn’t think they would ever hit the movie as an Honest Trailer. But after Bowie’s death last week at 69, they decided to lampoon it as a way to honor “how awesome David Bowie was.”

The trailer tries to lay out who Jareth is, but the voice-over guy settles on depicting the Goblin King as “a magical creature that can only be described as David Bowie … in a performance so iconic, you won’t even care he’s playing a kidnapper with the hots for a 16-year-old.”

The clip also brings up that the movie, akin to The NeverEnding Story and The Goonies, is beloved and not as good as remembered — but forget about that, because David Bowie is David Bowie.

See the clip above and remember all of The Maze Runner Labyrinth’s fart jokes, the way Bowie said “baby,” and your first crush on Jennifer Connelly. 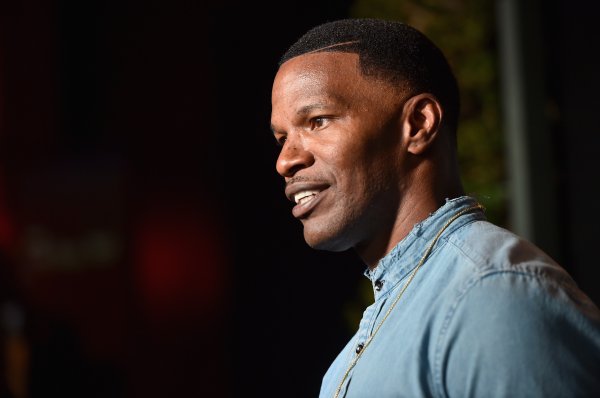 Jamie Foxx Helped Pull a Man From a Flaming Car Wreck
Next Up: Editor's Pick