This Is How Much Netflix We're All Watching Every Day

Just how much time are we, as a species, spending binge-watching television shows and bad ‘90s movies on Netflix? The streaming service has finally released enough data to allow us to answer the question.

Using these metrics, we can derive that each individual subscriber spent 568 hours watching Netflix in 2015 on average. That’s 1 hour, 33 minutes per day of streaming. That’s also up from 2014, when each subscriber averaged 505 hours on Netflix, or 1 hour, 23 minutes per day.

The numbers don’t account for the fact that many Netflix accounts are shared by multiple family members, friends and other passers-by who got their hands on a password sometime or another.

However, these figures indicate that Netflix’s core strategy is working remarkably well. Netflix’s focus on original programming kicked into high gear in 2015, with 450 hours worth of original shows and movies launching on the platform, including proven successes like House of Cards and new shows like Unbreakable Kimmy Schmidt.

At the same time, Netflix’s movie library continued its years-long decline in quality when the company’s licensing deal with Epix expired in August. Licensing costs for content from movie and TV studios have skyrocketed in recent years, so instead of paying for the latest and greatest entertainment from traditional studios, Netflix is bankrolling its own latest and greatest.

Subscribers appear to be lapping it up, but it’s tough to tell exactly which of its shows are big hits. Netflix is notoriously tight-lipped about the exact number of viewers that watch any of its individual programs. So it’s possible people are just booting up the streaming service to watch Fireplace From Your Home: Birchwood Edition rather than Orange Is the New Black. But the company did reveal that Adam Sandler’s Netflix film The Ridiculous Six was the most-viewed movie ever on the service in its first 30 days available.

Such vague proclamations rile traditional TV network execs, who have the popularity (or lack thereof) of all their shows broadcast to everyone via Nielsen ratings. NBC went so far as to work with an analytics company to estimate the viewership of Netflix shows like Jessica Jones and Narcos. The findings indicated that Netflix’s newest shows trail the wide viewership that hits on broadcast networks get. But Netflix Chief Content Officer Ted Sarandos called the numbers “remarkably inaccurate.”

The streaming service went a step further by challenging NBC in its investor letter Tuesday. “An NBC executive recently said Internet TV is overblown and that linear TV is ‘TV like God intended.’ Our investors are not as sure of God’s intentions for TV, and instead think that Internet TV is a fundamentally better entertainment experience that will gain share for many years,” the company wrote.

Such animosity might make it tougher for Netflix to license NBC shows in the future, which is even more reason for it to pour money into original shows. It’s no surprise, then, that the streaming service is planning to build to 600 hours of its own programming in 2016. 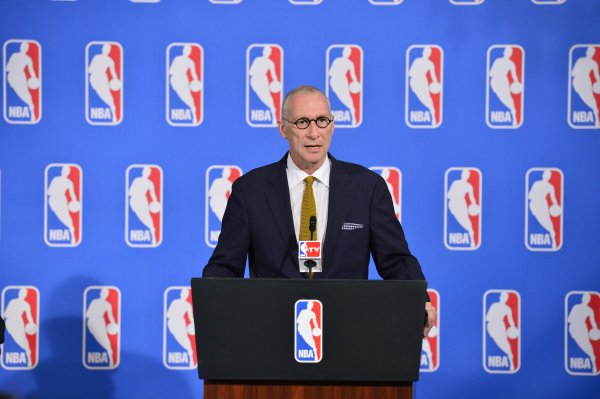 ESPN's President Is Very Excited About Apple's TV Plans
Next Up: Editor's Pick