In less than two weeks, voters in Iowa will cast the first ballots of the 2016 election. As county clerks tally their votes, our nation will begin once again its loud, hard-fought, at times messy, but uniquely American experiment in democracy.

Nearly 240 years of relatively peaceful self-governance—of the people, and by the people—should make every American proud. But mounting threats to our free and fair elections instead leave many wary and disenchanted, if not outright disenfranchised. As President Barack Obama cautioned in his final State of the Union address: “Democracy breaks down when the average person feels their voice doesn’t matter; that the system is rigged in favor of the rich or the powerful or some narrow interest.” With today marking the sixth anniversary of the Citizens United v. Federal Election Commission Supreme Court decision, those fears have never been more well-founded.

Citizens United opened the floodgates to unrestricted special-interest spending in our campaigns and our politics. While you and I can only spend $2,700 on a given candidate per election—and while the reality of pocketbook economics for many households means they will give less than that—unregulated super PACs can spend with impunity, allowing the mega-donors funding them to influence elections anonymously and without restraint.

In 2012, super PACs and other special interests spent more than $1 billion—more than $300 million of which from undisclosed donors—to influence the election’s outcome. That’s three times the amount of outside spending as either the 2008 or 2010 election. Fast forward to the current election, and the picture is far worse. As of Dec. 9, 2015, super PACs were responsible for 81% of all TV ads in the Republican presidential primaries—a 71% increase from 2011, and a whopping 12,000% increase over 2007. If you’re sick of the political ads already, brace yourself for the coming year.

This is far from the first time that our elections have faced similar threats. The struggle to ensure an equal voice for all Americans is as fundamental to the history of our nation as our conviction that all men are created equal. And just as slavery and the subjugation of women undermined the opening words of our Declaration of Independence, voter intimidation and institutionalized disenfranchisement eroded the integrity of our democracy.

But where there were flaws in our democratic process, we found a way to fix them in due time. This Saturday is the 52nd anniversary of the ratification of the 24th Amendment, which outlawed poll taxes that had prevented African Americans and the poor from voting in southern states. It serves as a poignant reminder that our society has overcome barriers once thought impenetrable before, and we can do it again.

To undo the damage that Citizens United caused, we need a constitutional amendment establishing that Congress and the states have the power to regulate and limit election spending. Doing so will overturn Citizens United, and end the backwards notion that “money equals speech” in our society. We also need to enact strong campaign finance reform to empower all voices to have a say in our society. For the last two Congresses, Rep. John Sarbanes has introduced the Government by the People Act, which would provide every American with a $25 refundable tax credit to help spur small-dollar contributions to candidates; establish a fund to match funds from small-dollar donations if the candidate forgoes traditional PAC money; and provide additional resources for citizen-funded candidates to help break the monopoly that super PACs currently hold.

Unfortunately, passing a Constitutional amendment or Rep. Sarbanes’ bill is all but impossible in a Republican-run Congress, whose majority is already benefiting tremendously from the dark money that’s flooding our system. President Obama can and should act where Congress will not. In 2011, the president released a draft executive order that would require any entity bidding for a federal contract to fully disclose its political spending. While not as sweeping as a Constitutional amendment, this executive order would allow the American people to see where their tax dollars are spent, and how those entities in turn spend money to influence our elections.

There is nothing more fundamental to our nation than the right to vote. The health of our democracy is directly proportional to the integrity of our elections. As the American people prepare to cast their ballots in the 2016 primaries, they deserve the reassurance that every voter has equal influence at the ballot box, and that the voices of the poor are no less important than those of the rich. Just as past generations took action to end practices like poll taxes and literacy tests, it falls to our generation to end the perverse influence of big money in our politics. It’s time to return our nation’s political power and influence to their rightful owners—the voters. 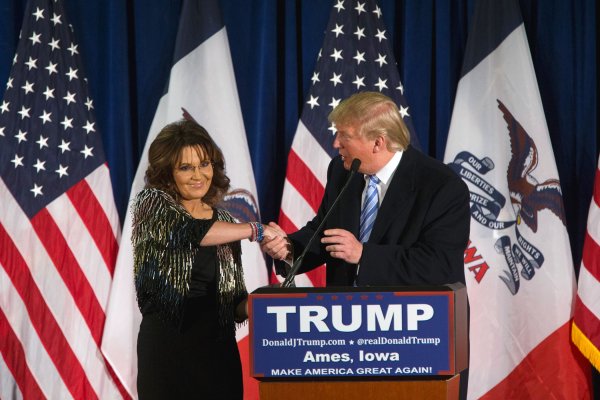 See Some of the Most Interesting 2016 Endorsements
Next Up: Editor's Pick