Netflix Is About To Get More Expensive for Some Users

The website for the Netflix Inc. video streaming service sits on a mobile device screen in Johannesburg, South Africa, on Monday, Jan. 11, 2016.
Bloomberg—Bloomberg via Getty Images
By Alex Fitzpatrick

A handful of Netflix users are about to see their monthly bills go up.

Longtime Netflix users have enjoyed full high-definition streaming for $7.99 a month, grandfathered in on a plan that’s cheaper than what’s currently available to new subscribers. But all good things must come to an end.

The company reiterated in a note to shareholders Tuesday that those lower-paying users will soon face a choice: Keep paying $7.99 a month but get downgraded to standard-definition streaming only, or fork over the $9.99 a month that new customers pay and get full high-definition content.

That doesn’t sound like much, but it’s the difference between about $96 a year and about $120 a year. That’s a difference that could change the streaming calculation for some.

Still, Netflix has given customers plenty of reason to stick around — namely, top-notch shows that aren’t available anywhere else, like House of Cards and Jessica Jones. Indeed, Netflix is confident that it won’t lose subscribers over the price hike, which it’s been public about for months.

“Given these members have been with us at least two years, we expect only slightly elevated churn,” reads the company’s shareholder letter.

It isn’t clear exactly how many Netflix users are currently on the $7.99 a month grandfathered plan. 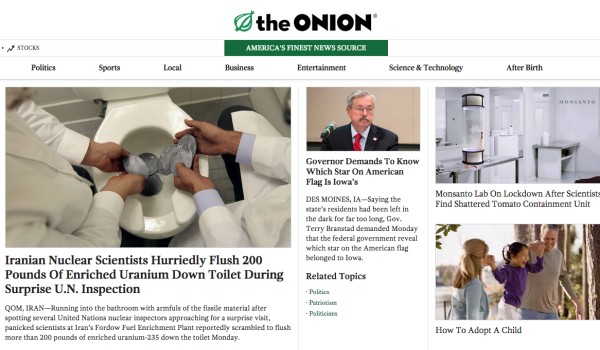 No Joke: Univision Buys Big Stake in The Onion
Next Up: Editor's Pick