Technology Is Destroying Our Inner Lives

Getty Images
Ideas
By Carol Becker
Carol Becker is the dean of Columbia University School of the Arts and author of Thinking in Place: Art, Action, and Cultural Production.

Two years ago, I started using the Kindle app on my iPad to read those big heavy biographies and novels that I had been lugging around the world. I still wasn’t using it to read books I might reference in my writing, but nonetheless I was glad to discover, by chance, the underline function. While immersed in Pico Iyer’s The Art of Stillness, underlining as I read, I was completely unnerved when a message popped up to announce: “You are the 123rd user to underline this same passage.”

Shocked by this intrusion, I threw the iPad onto the bed and nearly out the window. A sickening feeling came over me. Then I became afraid. Someone was reading over my shoulder. Not a person, but a Program, calculating what I found most important in the text. Was I supposed to feel validated (or banal) to learn that a passage I noted many others also liked? Or was this data only for some marketing strategy?

The idea of surveillance, in the abstract, has not bothered me as much as it perhaps should. I have acclimated to the notion that everything we do is findable, knowable and marketable—forever—except, I believed, our deepest thoughts, which is why the intrusion on my contemplative reading affected me so profoundly. Reading is my refuge from the world, and now it too had been invaded.

A 2011 article I read recently conjectured that, in the past, we were “private by default and public by effort.” At one time it was difficult to get information about other people and just as difficult to put information about ourselves out into the world. Now, we are public by default and private by effort. But how much exertion does it take to keep a sense of inviolability?

We can be found most anywhere in the world at any time, through our own devices (pun intended). The intrusion is ubiquitous and omnivorous.

Most of us are addicted to these systems of connection. That’s what humans do: we get addicted to the things we create. People expect an answer, and they expect it now. At times the ability to work depends on this immediate access. We have internalized these time/space obligations and don’t know how to step away from them. If we do not make a Herculean effort to remain balanced within this imbalance, we feel fragmented and often unhappy.

What would it mean if the species were to completely lose the need and/or desire for privacy, solitude, time and focused attention? What if we were the last humans to be bothered by intrusions into our privacy? What would it feel like if our species evolved out of the need for an inner life?

Maybe I have become what social media scholar Danah Boyd calls a “techno-fretful parent.” But I have a public self as a university art school dean and a private self as a writer. The writer self has a deep need for solitude, or rather, I have a deep need for solitude, which is probably why I write. My longing for quiet and solitude comes from another urgency—the desire to think. And thinking requires no intrusions, at least for a time.

As political theorist Hannah Arendt noted, thought is essential to understanding our human condition. In order to tell the stories of human experience—inner and outer—writers and artists must have solitude and time to think. As a result of our “always-on” ethos, we have neither time nor space within which to lose ourselves in reflection. There is always something outside the self, robbing the self of the self.

When Thomas Merton, author of The Seven Storey Mountain, was ordained as a Trappist monk in 1949, his decision was unexpected. Not long before, he had been the editor of a student humor magazine. But Merton, who loved the world, was not moving away from it; rather, he was moving toward himself.

Theorist/situationist Guy Debord has labelled modern, external reality, the “spectacle,” describing it as a “social relationship between people that is mediated by images.” For Debord, what is dangerous about this “passive identification” with the spectacle is that it “supplants genuine activity.” Our relationship to reality is inverted, and the projection of the self, and the addiction to this projection, becomes more real and significant than human interaction, which has the potential to bring about societal change. What could better describe our contemporary situation than to say that the public sphere is no longer a place for collective action, but rather a dangerously redesigned network whose main function is to publicize the self?

Perhaps we are over-adapted to being watched, to having little left of ourselves that is not “posted,” “liked,” or “deleted.” At what point will our humanness, as we have known it, become unrecognizable to us? Or has that already occurred? 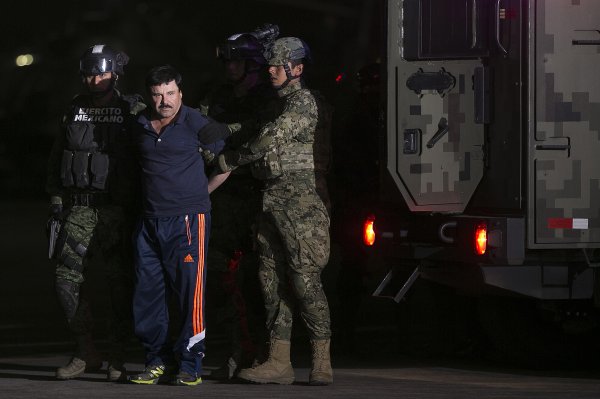 Stop Making El Chapo a Celebrity
Next Up: Editor's Pick