Bernie Sanders is gaining on Hillary Clinton nationally, but she maintains a large lead, according to a recent poll.

A Monmouth University poll released Tuesday shows that Clinton’s lead over Sanders has dropped below 20 points. Clinton has the support of 52% of Democrats and Democratic-leaning voters across the country, while Sanders gets 37% support, which is up from 26% in December.

Since then, Clinton’s support has dropped among almost all of the major groups of Democratic voters. Her numbers among liberals inverted, going from a 57%-31% margin of support over Sanders in December to a deficit of 42%-51%. Support among women for Clinton has also declined, dropping to a smaller advantage now of 54%-35% over Sanders.

“With a shrinking margin, a strong showing by Sanders in Iowa and New Hampshire could cut Clinton’s national lead even more. However, he would still have to overcome Clinton’s demographic advantage in the ensuing contests,” said Patrick Murray, director of the Monmouth poll. “Sanders is aided by the fact that most Super Tuesday contests are open to independent voters – a group where he performs well. On the other hand, about two-thirds of the pledged delegates awarded on March 1 will be from states where black and Latino voters comprise anywhere from one-third to a majority of the electorate. It looks like the demographic dynamic that hurt Clinton in 2008 may be what helps her in 2016.”

Where Clinton still holds a considerable advantage is with voters over the age of 50 and minorities. Older voters substantially favored Clinton to Sanders by a margin of 64% to 24%. Clinton’s lead over Sanders with black and Latino voters remains solid and is growing, now standing at a 71%-21% margin, which is a 10 point increase for Clinton since December.

The Monmouth University poll was conducted by telephone from Jan. 15-18 with 1003 participating adults. Some 352 registered voters who identified as Democrats or lean toward the Democratic Party were used here, with a margin of error of plus or minus 5.2%. 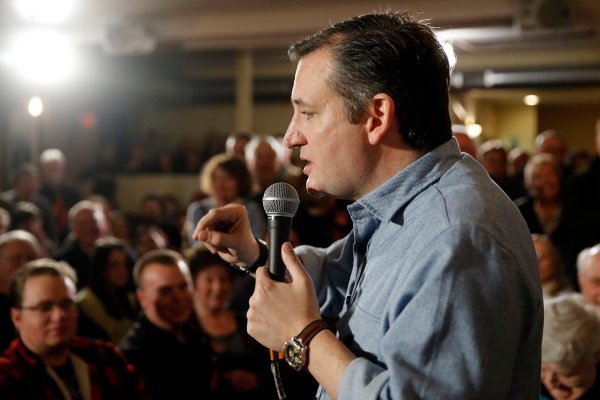