One of the five Americans released by Iran as a part of a prisoner exchange described his return as “like being born again.”

Amir Hekmanti was part of a group of freed Americans that included Washington Post journalist Jason Rezaian and Christian pastor Saeed Abedini. His family says he was visiting his grandmother in Iran in 2011 when he was first detained. Hekmanti, a former Marine infantryman and linguist, was charged with espionage and other crimes a year later, according to CNN.

“I feel extremely lucky, alive, for the first time in a long time, and very humbled at everybody’s support, from the President to Congress to my fellow Marines, and especially my family who’ve really gone through so much throughout this time,” Hekmanti told reporters outside Landstuhl Regional Medical Center in Germany before traveling to Michigan.

Hekmanti, Rezaian and Abedini arrived at Ramstein Air Base in Germany on Sunday. “I did not relax until we were out of Iranian airspace,” Hekmati said. 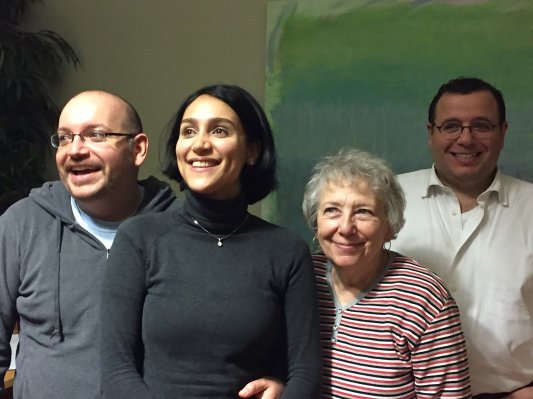