Soon-to-be-released virtual reality technology offers users a window into immersive, rich, and beautiful new worlds. Wearing a VR headset, you can swim with a whale or stargaze while floating in space. But the problem with exploring these places is that you’re mostly on your own. Even if you’re physically seated near your friends when you slip your goggles on, you’re alone once you’re inside.

AltspaceVR, a Redwood City, Calif.-based startup, is working on a cure to this digital loneliness. It’s developing a virtual reality platform in which people can connect with one another in a kind of digital lobby. Represented by humanoid avatars, AltspaceVR users can speak with one another, communicate via body language and share experiences. It works whether users are wearing the cheaper Samsung Gear VR headset, or the high-end Oculus Rift or HTC Vive Pre. And it could be a game-changer for the burgeoning virtual reality space.

Even though AltspaceVR is currently in beta, the virtual world is already teeming with activity. Users “standing” close to one another can enjoy simple conversations, while the voices of far-away avatars are filtered out to cut down on noise. Users can challenge one another to in-world games like chess. And they can sit around virtual screens playing the same footage for all viewers simultaneously, like movies or TV shows.

A technology that lets people chat and play games with one another isn’t technologically revolutionary on its own. But AltspaceVR is doing something profound: It’s creating a brand new space, one where you can hang out with your friends no matter their real-world locations. And that is taking a lot of the loneliness out of virtual reality, typically a more solo affair.

Read more: I finally tried virtual reality and it moved me to tears

AltspaceVR is now busy developing live virtual events for people to enjoy, just like the real-life bar down the street hosts karaoke nights to attract new customers. During one such gathering, AltspaceVR users met up for a viewing party on video game streaming site Twitch, a good match for the company’s tech-savvy users. AltspaceVR is also hosting tabletop Dungeons and Dragons games, complete with digital die.

In another experiment, AltspaceVR is hosting live stand-up routines featuring talents from Jash, a comedy network founded by Sarah Silverman, Michael Cera, and Reggie Watts. The events have the potential to show just how real virtual reality is. Perhaps more than any other performing art, stand-up comedy is something you have to see with others to fully appreciate. For the audience, that “you had to be there” element will be in effect. But will it be enough? There’s something about the guy laughing uncontrollably behind you at a comedy show that can tickle your funny bone even more than the actual joke. But the question is, can you virtually catch a case of the giggles?

That speaks to a fundamental problem with virtual reality. I can stand on the deck of a shipwreck and reach out to touch a massive blue whale, and so can the next person — just like we can both hear the same joke. But we are not the same people. We bring different perspectives with us to virtual experiences, as we do with real ones — and we get different things out of them. The loneliness of virtual reality isn’t so much about being alone in a headset as much as it is about having trouble communicating an experience’s impact on us. At least with AltspaceVR, maybe two people can stand on the same shipwreck and touch the same whale, together. And that’s a different — and arguably better — experience altogether. 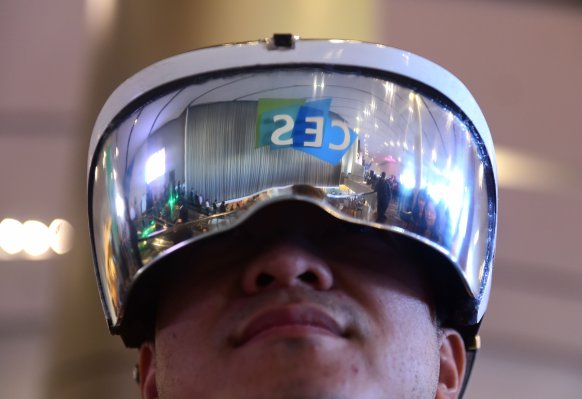 I Finally Tried Virtual Reality and It Brought Me to Tears
Next Up: Editor's Pick