Americans from across the political spectrum have become increasingly outraged and outspoken as they have learned more about growing surveillance by governments and corporations.

At first, when the government began using our cell phones and car license plates to track our movements, there was no official announcement made. No one ever told us that our dreams, fears and aspirations are private only so long as we keep them to ourselves. Should we text or email those thoughts to anyone—even a spouse, friend or doctor—the government could easily access them.

No corporate CEOs have owned up to the fact that our personal data has become so valuable to their profit margins that their companies are willing to utilize every technological tool available in order to capture it, and that they will sell it to anyone willing to pay the price. And they certainly haven’t admitted that our children’s personal information is also valuable, and that the lengths taken to mine it include gaining access to records kept at their schools.

These covert intrusions and escalating erosions of our privacy will continue to worsen unless we choose to fight and resist them.

In response, a diverse and bipartisan coalition of elected officials and citizens in 16 states nationwide along with the District of Columbia—from Hawaii to North Carolina, from Minnesota to Alabama, and from New Hampshire to New Mexico—are coming together today to introduce legislation that empowers Americans to take control over their personal privacy. Legislators from each state will introduce a range of bills focusing on student privacy, employee privacy, location tracking and personal data protection. Fundamental to each bill are protections that ensure the right for every one of us to be in control of maintaining our private, personal information.

Americans have grown tired of hearing stories like that of former college hockey player Megan Donahue, who quit her team because she did not want to give her coaches access to her social media accounts, or high school student Blake Robbins, whose school remotely accessed the webcam on the laptop it issued him and took pictures of him while he undressed. In today’s digital age, governments and corporations are armed with powerful tools that enable them to access our personal information without our knowledge or consent. Coaches and employers can coerce us into revealing personal information we only want to share with our friends and family. This is unacceptable, and our current laws are not up to the task of protecting us. But as the states are making clear today, the time has come to take a stand.

In this era of political division, privacy is an issue that bucks the national trend and has brought both sides of the aisle together. Republicans and Democrats alike strongly support laws that empower Americans to take control of their personal privacy. This shared perspective is both reasonable and firmly grounded in fundamental American values.

If the government has a legitimate reason for wanting to access someone’s communications or to use a device to track someone’s movements, it must get a warrant. If corporations want to track what Americans, including our children, do online, on private social media pages, or in school, they must get clear and express permission to do so. Without a warrant or our permission, they simply shouldn’t be doing it.

Americans are speaking with a unified, nonpartisan voice on these matters: A recent poll found that 90% of Americans want the next president to prioritize “protecting privacy so [Americans] have more control over our personal information.” State legislators throughout this nation have heard their call. The message from these collective state actions is clear: If Congress is unwilling or unable to act to adequately protect Americans’ privacy, the states are more than willing to step up and fill the void.

While each of the legislators participating in today’s announcements is fighting to protect the privacy of their own state’s residents, they are also acting in solidarity to advance the privacy of all Americans. We know that this is a fight that will continue, but with conservatives and progressives standing united, it’s a fight we can win. 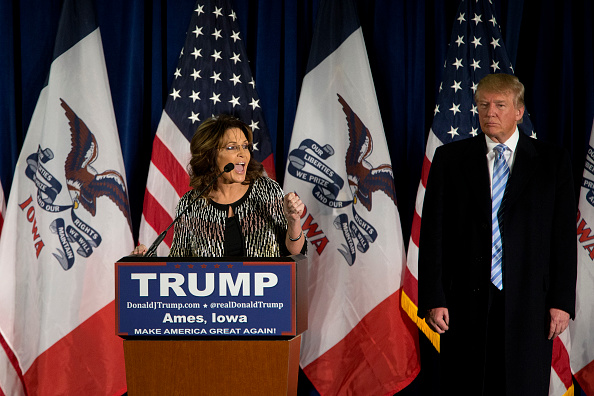 The Internet Had a Field Day with Sarah Palin's Trump Endorsement Speech
Next Up: Editor's Pick