By Eliza Berman and David Johnson

Last week’s Oscar nominations have sparked outrage for their lack of diversity with zero non-white nominees in the acting categories for the second year in a row. An analysis of the full 92-year history of the Academy Awards shows that Hollywood’s highest honors have lagged the population on issues of race and representation. 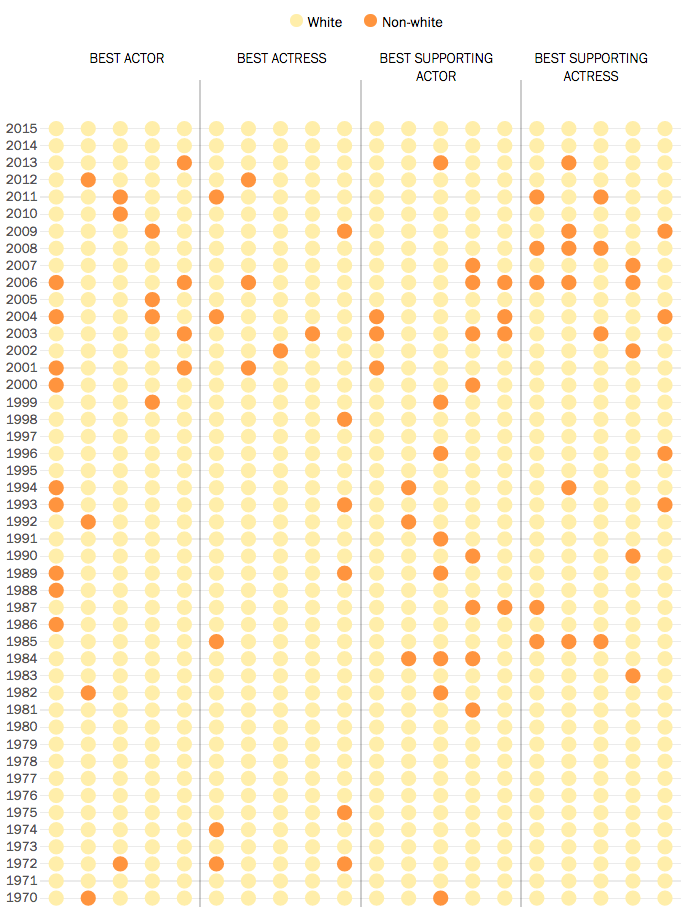 This year’s lack of diversity has led Oscar-nominated director Spike Lee and actress Jada Pinkett Smith to promise to boycott the ceremony. On Monday, the president of the Academy of Motion Pictures Arts and Sciences, Cheryl Boone Isaacs, issued a statement declaring that the effects of recent efforts to diversify the Academy’s ranks are “not coming as fast as we would like.” She added that the organization will soon conduct a review of its recruitment practices to ensure “much-needed diversity in our 2016 class and beyond.”

In the Oscars’ first several decades, the nomination of even one non-white actor was an exception to the rule, few and far between. In some ways, this tracks with the homogeneity of the country that produced these films. Between 1940 and 1950, according to the U.S. Census, America remained 89 percent white. (During that period, there were 3 non-white nominees out of 200 chosen, or 1.5%.) In past 25 years, the number of non-white actors earning nominations has steadily increased—peaking at 7 in 2006. Since 2010, 7.5% of acting nominees have been non-white.

The dominant reaction to this year’s crop of Oscar nominees, announced on Jan. 14, has been dismay at the group’s homogeneity coming during a year that saw a number of worthy performances from actors of color, including Will Smith in Concussion, Idris Elba in Beasts of No Nation, Michael B. Jordan and Tessa Thompson in Creed, Teyonah Parris in Chi-Raq, Samuel L. Jackson in The Hateful Eight and Benicio Del Toro in Sicario. Their names did not receive enough of the Academy’s votes to make the cut. Not since 1979-1980 has the Academy gone two years without nominating a non-white actor in any of the top 4 categories.

As of 2012, the Academy of Motion Pictures Arts and Sciences was, according to a Los Angeles Times study, 94% white. Many attribute the paucity of nominations for non-white actors to this lack of diversity. Others point to a film industry in which people of color have historically had less access to financing, fewer opportunities to direct and a continuous need to contend with studios’ fears—sometimes explicit—that movies with non-white leading actors won’t make enough money.

Information on actors was taken from the online Notable Names Database and TIME research. If we’ve missed a name or misidentified an actor, please write us at feedback@time.com. 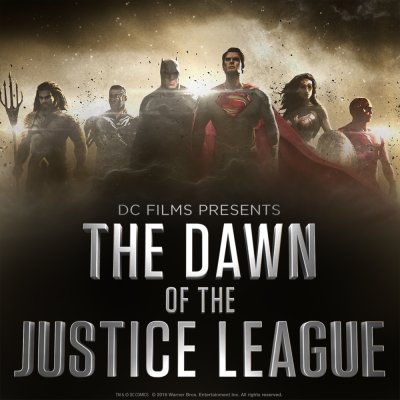