What the CIA Told JFK and LBJ About Mao

President Lyndon Johnson was sipping a diet cola on Air Force One, en route to San Antonio, when his secretary Marie Fehmer noticed that he was fidgety and at a loss for what to do. She suggested that he fill the time by getting a head start on his night reading, a folder that always included the President’s Daily Brief (PDB), a top secret summary of intelligence prepared by the CIA. He generally preferred to peruse the PDB lying in bed in his pajamas, but work was more appealing that evening than socializing with a plane full of Latin American diplomats.

It was March 31, 1967, and Johnson couldn’t have been surprised that the first item in the PDB was about Vietnam. President Nguyen Van Thieu, the CIA wrote, was about to announce a “national reconciliation plan.” The CIA dryly noted that the proclamation “offers the enemy political and economic integration, but does not spell out the specific rights and benefits returning Viet Cong can expect.” LBJ had a more economical way of describing such losing propositions: “That dog won’t hunt.”

The second PDB item concluded with a sentence that would actually have been more appropriate had it been written today: “Thus Greece would appear headed for a major crisis, but it could yet be papered over.”

The last bit of intelligence in the PDB must have brought a smile to the President’s face. “The thought of Chairman Mao is getting ever closer to the Chinese people, if we can judge from the latest rage in Peking fashions–underwear adorned with quotations from his works.”

Although it contained some whimsical reports, the PDB was, and remains, one of the most highly classified and sensitive documents produced by the American intelligence community. Initially called the President’s Intelligence Checklist (PICL) — invariably referred to as the “Pickle” — it was created in response to John Kennedy’s frustration with the haphazard, jargon-filled briefings he received from the CIA. The Pickle was designed as a daily intelligence summary that would be comprehensive enough to include everything the CIA needed to bring to the President’s attention, and concise enough to fit onto a few sheets of paper that could be folded and slipped into his breast pocket. It was supplemented by other briefings, but was intended to stand alone.

Kennedy read the first Pickle in June 1961 with his feet dangling off a diving board above a swimming pool at his country home on Rattlesnake Mountain in the Virginia hunt country. He sent word to the CIA praising the briefing, and the mix of alerts about potential crises and updates on global hotspots quickly became a central part of the President’s work day. Access to the summaries was carefully, even jealously controlled. Kennedy specifically instructed his national security staff to keep LBJ off the distribution list.

The document was overhauled after Kennedy’s assassination to adjust to Johnson’s habits. Production was moved back from early morning to late afternoon to accommodate his preference for bedtime reading. The content changed to meet the needs of a President who had far less knowledge of foreign affairs and history than his predecessor. Perhaps to take some of the sting out of JFK’s decision to keep LBJ off the Pickle distribution list, the new document was rebranded as the President’s Daily Brief.

For decades, the CIA vigorously resisted requests to declassify Pickles and PDBs. Successfully opposing a Freedom of Information Act request, the agency told a federal court in 2005 that “the PDB is the most highly selective compendium of the most important intelligence available to the U.S. Intelligence Community. As such, it is uniquely sensitive in terms of risk of identification of sources and methods, including analytical methodology. The disclosure of the specific information in any individual edition of the PDB reasonably could be expected to result in exceptionally grave damage to national security.”

Despite the CIA’s reservations, the Obama administration recently released all of the approximately 2,500 Pickles and PDBs produced during the Kennedy and Johnson administrations, minus about 20 percent of the text that was redacted. The documents provide a unique opportunity to put oneself in the President’s shoes — or pajamas — as he read the CIA’s summary of the most important intelligence of the day, gathered at great expense, and distilled by some of the nation’s best minds.

Throughout the Kennedy and Johnson administrations, Mao Tse-tung led the world’s most populous nation, an emerging nuclear power that had fought the U.S. to a standstill in Korea and supported the North Vietnamese wars against France and the United States. Because of the importance of China, and the paucity of publicly available information on its leadership, the briefings provided to the President about Chairman Mao can be viewed as a proxy for the quality of intelligence provided in the PDBs, as well as the merits of the CIA’s attempts to prevent public release of the documents.

In the first of about 60 mentions of Mao in JFK- and LBJ-era Pickles and PDBs, the CIA noted in June 1962 that it had “been watching for some time signs of Mao Tse-tung’s declining energies and competence.” The agency concluded that “for practical purposes the 68-year-old leader is already out of the picture.” This wasn’t the last time the CIA informed the President, incorrectly, that Mao was a spent force. Predictions of Mao’s imminent death or loss of power were a leitmotif of CIA reporting about the Chinese leader throughout the Kennedy and Johnson administrations.

A December 1963 PDB described Mao as “senile,” an August 1964 brief indicated that he might be suffering from heart disease, and a May 1965 brief stated that a close examination of his failure to participate in several public events justifies “speculation that his health has suffered a serious decline.” The CIA picked up the theme the following spring, informing the President on March 14, 1966: “Mao Tse-tung, now 72 years old, may be nearing the end of his road.” The prediction was based on a five-month hiatus in reporting about the Chairman in the Chinese press.

Two weeks later, the PDB reported that “Peking is attempting to spike the rumors growing out of Mao’s record absence from public view. Last week, foreign newsmen were given an indignant denial that he is ill, and yesterday a Hong Kong Communist newspaper front-paged a blurry picture of Mao, Chou Enlai, and a girl militia member in some indeterminate city square. These seemingly lame expedients contrast with the method usually used in dealing with previous rumors that Mao was seriously ill–producing a seemingly healthy Mao at a public function–and add to the impression that something is wrong with the old man.”

In August 1967 the CIA again forecast Mao’s political demise. The agency told Johnson: “Mao is riding the tiger with his Cultural Revolution but refuses to get off because of the tremendous loss of face and political power that would follow an end to the revolution. Given that situation, we see even greater trouble ahead with, perhaps, a collapse into total anarchy.” It predicted that “before final chaos” one of two scenarios would occur: “China will return to the sort of warlord regionalism that marked the 1920s, or there will be a coalition of more ‘moderate’ military and Communist Party leaders who will ease Mao aside–using him as a symbol, but keeping his hand off the throttle.” The agency concluded that “the second course is more likely, and that it may come to pass within the next year.”

Much of the information the CIA provided Kennedy and Johnson about Mao was based on the agency’s interpretation of stories printed in government-controlled newspapers, Chinese radio broadcasts, and reporting from the handful of closely monitored foreign reporters who visited the country. None of the PDB briefings about Mao even hint at the kind of intelligence the CIA might have received if it had recruited human sources with access to first-hand information about the Chinese leadership.

The PDBs used colorful language — a briefing referred to Mao’s wife, Jiang Qing, as “the perennial harridan of the Cultural Revolution” — but for news or insight Presidents Kennedy and Johnson were better served by the New York Times than by their CIA briefers.

A September 14, 1966, PDB briefing note titled “Peking: Diplomatic Hardship Post” may explain the CIA’s lack of original or in-depth reporting about Mao. “Surrounded by a maddening web of isolation, surveillance, and harassment, the foreign diplomatic corps in Peking is essentially a community of the blind,” the agency told Johnson. “All Communist countries restrict the activities of foreign missions, but none do so with the thoroughness and determination of the Chinese, who have succeeded in preventing all but the most superficial observations of China.” It added that most embassies were located in “a diplomatic ghetto where the eyes of the regime can be more easily focused and where diplomats can be isolated from the populace.”

A February 1967 PDB note about anti-Soviet demonstrations in Beijing returned to the theme of diplomatic hardship. “A mob kept the Polish ambassador in his car for 10 hours, causing him to ruin both his clothing and the upholstery.”

The U.S. did not have diplomats posted to Beijing at the time, but the hardships described in the PDBs must have affected the CIA’s ability to recruit sources and collect intelligence from China.

Mao lived until September 1976, so the public will have to wait for declassification of the next batch of PDBs — which the CIA promises will occur next year — to learn if the CIA continued to make similar predictions into the Nixon and Ford administrations. In any case, at least when it comes to Mao and China, the PDBs released to date suggest that the CIA may have fought hard to keep the these documents secret not to protect “sources and methods,” but rather to conceal its inability to recruit sources and failure to provide sophisticated analyses.

Steve Usdin is author of “Engineering Communism: How two Americans Spied for Stalin and founded the Soviet Silicon Valley” (Yale, 2005)

Visit History News Network for the full list of sources for this article. 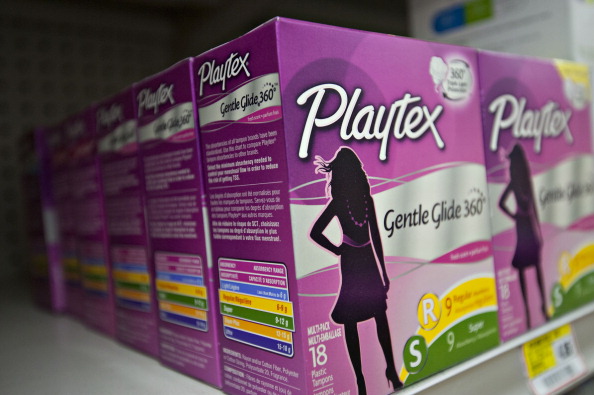 Obama Doesn't Understand 'Tampon Tax' Either
Next Up: Editor's Pick