There are so many wonderful things to report here that we’re honestly not sure where to begin.

Let’s start with Tyrese Gibson. The R&B singer and Fast and the Furious actor has a fully functioning Benihana-style restaurant in his backyard in Los Angeles. It’s called Gibsihana. (It has its own Facebook page that hasn’t been updated since he opened the restaurant back in 2012.) Tyrese was kind enough to offer a virtual tour of Gibsihana on YouTube — and what’s great about the video is that the backyard Benihana seems just as amazing and unbelievable to Tyrese as it does to us.

Now, enter Aziz Ansari. The comedian learned about Tyrese’s personal Benihana back in 2013 and, understandably, could not contain his excitement. He began hinting on Twitter that he’d really love an invite for himself and comedy trio The Lonely Island. Eventually, he just asked directly, but Tyrese never seemed to respond.

Dreams really do come true, people, because after two and a half years, Ansari has finally dined at Gibsihana. The comedian shared two videos on Instagram of the party, whose attendees included the members of the Lonely Island and Ansari’s brother, Aniz. From the looks of it, Gibsihana was everything they’d ever dreamed of:

Seriously, every single person is having the absolute time of his life. This looks like the most fun anyone has ever had.

As Ansari explains on Instagram, they were celebrating the birthday of Aniz, who was the one who found out about Gibsihana in the first place. (In a recent interview with Fast Company, Aniz explained that he used to write tons of really in-depth emails about it to The Lonely Island.)

Forget having his own critically acclaimed TV show and a best-selling book — now that he’s finally been to Gibsihana, Aziz Ansari can truly say he’s made it. 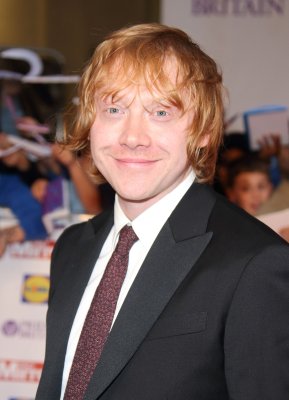 Rupert Grint Is Just as Excited For The Harry Potter Prequel as You Are
Next Up: Editor's Pick