Actor Adam Driver has an open invitation to meet his furry body double whenever he’s in the Big Apple.

The Brooklyn owner of the cat going viral for looking like Star Wars villain Kylo Ren said Tuesday her door is wide open if Driver ever wants to stop by to say hi to his feline alter ego. “Adam Driver is a likeable guy,” Emily McCombs, 32, told TIME. “If he ever wants to come meet his doppelgänger, he’s welcome to.”

McCombs adopted her 2-year-old Balinese cat on Monday just as photos of the feline started going viral for his astonishing similarity to Driver. A photo of the cat, initially named Corey, was heavily shared on social media after it was posted to Instagram by the Monmouth County SPCA on Friday.

“It’s pretty uncanny,” said McCombs, an executive editor at Elite Daily. “When I see him, I see a unique, interesting looking face that’s very funny. I think when you look at him, you fall in love with that weird little face.”

Despite the likeness in looks — and the fact that Corey has now been renamed Kylo Ren — McCombs said her pet is nothing like the fiery The Force Awakens bad guy. The kitten likes to sleep on top of humans and has shown no animosity toward his new Yoda and Chewbacca toys.

“He has the exact opposite of Kylo Ren’s personality. He is the opposite of villainous,” she said. “So many people have fallen in love with the way he looks, and obviously I did too, but once I got him home, it turns out he has the most amazing personality. He’s loving and sweet. He’s a supreme snuggler.”

Along with his distinctive face, the cat also has very big ears — causing people to also say that the kitty looks like Yoda, McCombs said. But she’s keeping the Kylo Ren name.

“A lot of cats look like Yoda,” she said. “Not a lot of them look like Adam Driver.” 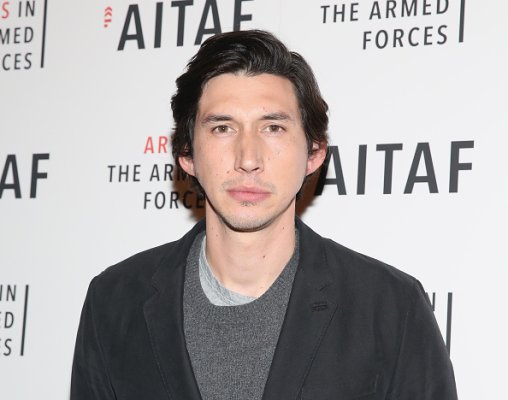 Meet the Cat That Looks Exactly Like Adam Driver
Next Up: Editor's Pick