The U.K. Parliament debated a problem far from its shores on Monday: what to do about the nativist rhetoric of Donald Trump.

Parliament took up the divisive issue after a petition calling for the American business mogul and Republican presidential candidate to be banned from the U.K. gained more than half a million signatures. The petition launched in response to Trump’s call for a “complete and total shutdown” of Muslims coming to the U.S. — but the debate in Parliament also centered on his offensive comments about women, immigrants from Mexico and the disabled.

“Hate crime is being inflamed and stoked by the words that Donald Trump is using,” said Tulip Siddiq, the Member of Parliament(MP) for Hampstead and Kilburn. “I draw the line of freedom of speech when it actually invites violent ideology, which is what I feel is happening.”

The debate was largely symbolic, and Parliament decided not to hold a formal vote on the issue. Parliament cannot ban anyone from the country—that power resides with the Home Secretary, Theresa May—and the legislative body only got involved because, as a rule, it must discuss petitions that receive over 100,000 signatures.

But the dialogue did provide a forum for parliamentarians to address some of the problems with Trump’s extremism, some of which also exist in the U.K. The U.K and Europe have had to contend with a virulent tide of xenophobic extremism in response to the influx of migrants from the Middle East and Africa over the past two years.

Many parliamentarians were concerned that even a symbolic ban of Trump could squelch the honest discussion needed to face the real issues involved with integrating migrants, but many also worried that failing to respond forcefully to Trump’s rhetoric could fuel violence and terrorism.

Other MP’s pointed out the irony of banning Trump from a country where a number of its citizens share the same views. “Lots of my constituents would agree with Donald Trump, whether I like that or not,” said Philip Davies, a Conservative MP, who represents Shipley in West Yorkshire. At other times in the debate, Trump was branded “an idiot”, “a wazzock” and a “buffoon”.

Trump and his business organization have criticized a potential ban. In an op-ed in Scotland’s Press and Journal newspaper, Trump says U.K. politicians should be “thanking” him for his candor. And George Sorial, executive vice president and counsel for the Trump Organization, told Fox News on Jan. 6 that such a ban would “create a dangerous precedent and send a terrible message to the world that the United Kingdom opposes free speech.”

Throughout the discussion, MPs grappled publicly with Trump’s possible motives, and raised the question of whether he should be laughed at, or considered dangerous.

A chief concern among MPs of both parties was that banning Trump would play into his hands. “The great danger by attacking this one man is that we can fix on him a halo of victimhood. We give him the role of martyrdom, which can be seen to be an advantage among those that support him,” said the Labour Party’s Paul Flynn.

Conservative Sir Edward Leigh of Gainsborough agreed, saying: “His entire style of politics is to stoke controversy and say outrageous things. Lavishing him with attention, even if our intent is to condemn or deride, is only falling into the trap he has set for us.”

One MP suggested that Trump’s actions were “buffoonery” and should be met “not with a ban, but with the great British response of ridicule.” 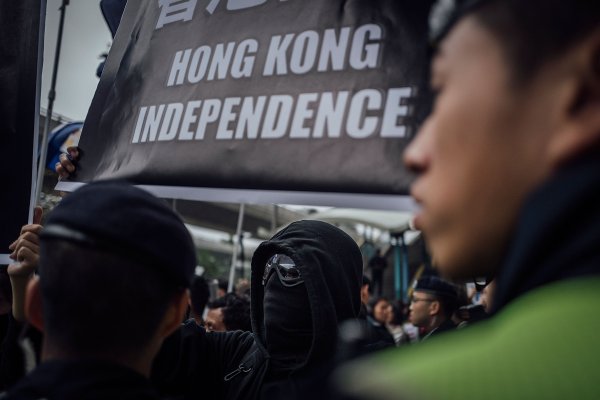 U.K. Lawmakers May Probe Trade Ties With China
Next Up: Editor's Pick