Chi-raq director Spike Lee and actress Jada Pinkett Smith say they will not attend this year’s Academy Awards after no black actors were nominated.

“How is it possible for the second consecutive year all 20 contenders under the acting category are white?” Lee wrote on Instagram on Monday. “And let’s not even get into the other branches. Forty white actors in two years and no flava at all. We can’t act?! WTF!!”

In a video post on Facebook, Jada Pinkett Smith said, “Is it time that people of color recognize how much power, influence, that we have amassed, that we no longer need to ask to be invited anywhere?”

Pinkett Smith, whose husband, Will Smith, was not nominated for his role in Concussion despite plenty of Oscar buzz, continued: “Maybe it’s time that we recognize that if we love and respect and acknowledge ourselves in the way in which we are asking others to do, that that is the place of true power.”

Lee’s comments, which began with the #OscarsSoWhite hashtag that made the rounds following the nomination, were published in a caption of a photo of Dr. Martin Luther King Jr., whose birthday is celebrated Monday.

“Dr. King said, ‘There comes a time when one must take a position that is neither safe, nor politic, nor popular, but he must take it because conscience tells him it’s right,'” Lee continued. “For too many years, when the Oscar nominations are revealed, my office phone rings off the hook with the media asking me my opinion about the lack of African-Americans and this year was no different…I would like the media to ask all the white nominees and studio heads how they feel about another all-white ballot.” 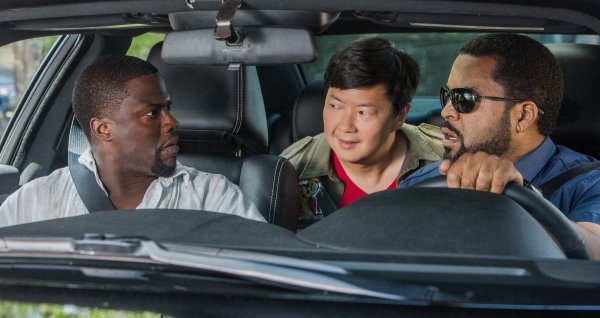 Ride Along 2 Dethrones Star Wars at the Box Office
Next Up: Editor's Pick