Two Vietnamese girls hug each other during the fourth gay-pride parade on Aug. 2, 2015, in Hanoi
Borja Sanchez Trillo—Getty
By Simon Lewis

Vietnam was hailed as a leader on gay rights in Southeast Asia after the country’s communist government abolished a ban on same-sex marriage last year. But discrimination and bullying still afflict lesbian, gay, bisexual and transgender (LGBT) youth in the country according to local media.

The move set Vietnam apart from most other countries in the region, where gay-rights movements have either stalled or are facing growing opposition.

But a report from the English-language website of local youth newspaper Thanh Nien News, published just after the first anniversary of the lifting of the ban, catalogued the ongoing insults, intimidation and beatings that young LGBT people are subjected to in the country’s schools.

It cites one student, Le Minh Triet, who was driven to attempt suicide by his tormentors. “When they beat me, they insulted my parents names for having a gay son,” he said. “Nobody helped me.”

A report last year from UNESCO on bullying on the basis of sexual orientation and gender identity across the Asia-Pacific referred to recent studies finding that almost half of LGBT students in Vietnam said they faced serious stigma in schools. Some students even reported being victimized by school staff, according to UNESCO.

Although same-sex marriage is permitted in Vietnam, lawmakers have not granted full recognition to the unions, which do not provide legal protections for spouses.

Correction: The original version of this story misstated the year in which Vietnam lifted its ban on same-sex marriage. The ban was lifted in 2015. 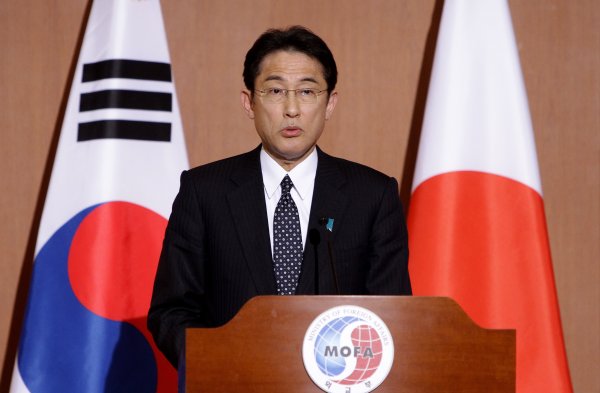 'Comfort Women' Were Not Sex Slaves: Japanese Foreign Minister
Next Up: Editor's Pick