Here's How Hillary Clinton Described Her Relationship With Putin

At the fourth Democratic debate in Charleston Sunday night, Hillary Clinton was asked about her personal relationship with Russian President Vladimir Putin.

Her slightly awkward response drew laughter from the crowd: “Well, my relationship with him, it’s — it’s interesting,” the former Secretary of State said.

But then she recovered, continuing, “It’s one, I think, of respect. We’ve had some very tough dealings with one another. And I know that he’s someone that you have to continually stand up to because, like many bullies, he is somebody who will take as much as he possibly can unless you do.” 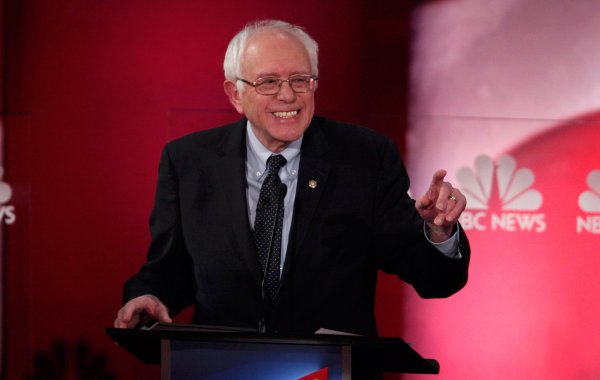 Watch Sanders Take the High Road on Clinton, Again
Next Up: Editor's Pick