In India, Cities Resort to Gadgets in Fight Against Car Honking

When Rajesh Chauhan went to buy a car, one of the first things he paid attention to was the boom of the horn. “To drive in Kolkata, a loud horn is absolutely essential. With a horn not so loud, you can’t wade through the traffic,” Chauhan told the Times of India.

Non-stop honking has become the dominant soundtrack in major cities across India as rattling rickshaws, public buses, private cars and weaving motorbikes fight for space on the traffic-clogged roads. To curb the noise pollution, two teams in Mumbai have come up with devices that aim to discourage drivers from pressing the horn.

“People take pride in honking their horn. There’s an ego trip over having a car. Until you make people pay for their usage of the horn, it’s not going to work,” Jayraj Salgaonkar, part of a group of engineers behind one of the projects, told AFP.

Salgaonkar’s team has developed a “horn usage meter” that limits a car’s amount of honking. If a driver exceeds that limit, the police could issue a fine. He wants local authorities to mandate the device city-wide. The second gadget being developed, “Project Bleep,” involves a red button on the dashboard that beeps and flashes with a frowning face, “to make the driver conscious that he just honked and make him deliberate why he did it,” said one of its Mayur Tekchandaney.

Mumbai’s residents aren’t the only ones who have asked for peace and quiet. A group of campaigners in New Delhi distributed “Do Not Honk!” stickers while others in southern Bangalore launched an “I Won’t Honk Campaign” backed by cricketer Rahul Dravid. 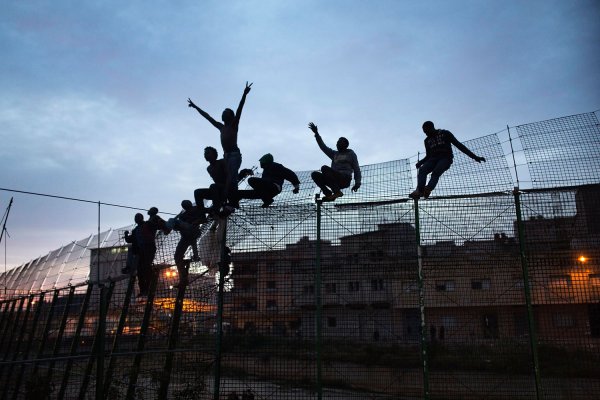 The Climb: African Migrants Jump Fence and Enter Europe
Next Up: Editor's Pick