Bernie Sanders Says He Has Never Worn a Tuxedo

In the 35 years Bernie Sanders has been in elected office, he has overseen three major wars and two recessions from the U.S. Congress and redeveloped the largest city in Vermont as a mayor. He has passed major bipartisan legislation overhauling the Veterans Administration and fought for tighter regulations on the banking industry. He has also launched a presidential campaign.

But for all his years in Washington, Senator Sanders has never worn a tuxedo.

In an interview with TIME, the Vermonter and presidential candidate mused over his newfound success in the Democratic presidential primary as he challenges Hillary Clinton and for the nomination. The White House is a long way off and still a long shot for the insurgent presidential candidate, but TIME asked Sanders to consider the day-to-day of being President.

Read more: The Gospel of Bernie

Sanders is frugal with his personal possessions and tends to dress more modestly than his allies in Congress. Sanders admits he is not predisposed to presidential ceremonies, but he also says he would be willing as President to perform the duties of state. The Vermont Senator’s simple lifestyle is part of his appeal for many voters, who view him as authentic and down-to-earth.

In a lighter exchange in his interview with TIME, Sanders pondered the turkey pardon and the legal basis for the black-tie formal.

TIME: As President you have to preside over state dinners. You have to host the White House Correspondents’ dinner —

Sanders: Ah! Not that! Oh please.

You have to wear a tuxedo and black ties.

O.K., let’s set the record straight. I’m not aware in the Constitution — you may be more of a constitutional scholar than I am — I don’t recall the black ties.

What about pardoning turkeys? Do you have to pardon a turkey?

Turkeys, we can pardon. Let me go on record, you’ve got a scoop, you ready for this? I do not own a tuxedo. Never have I worn a tuxedo.

Have you ever pardoned a turkey? And would you if elected?

No, I like turkey very much, so I’d eat the turkey.

You’d eat the turkey and pardon another.

I’m not against pardoning turkeys.

These are things that I know from covering you, I can imagine you find frivolous, extraneous to being President.

I don’t want to shock you. It’s going to be a rough afternoon for you here. I have been in politics and elected official for 25 years in Congress and eight years before that as a mayor of the largest city in the state of Vermont. So I do know something about what elected officials are supposed to do. These issues are not new to me. I presided over city for eight years, house for 16 and the Senate for nine, so I think I can handle all the ex officio duties that come with being President of the United States. 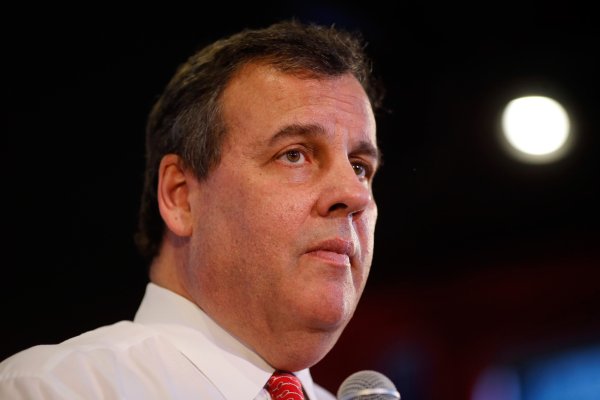 Christie Says Voting for Rubio or Cruz Is 'Insanity'
Next Up: Editor's Pick