A man who was left brain dead after an experimental drug trial in France has died, according to reports.

The patient was one of six people being treated in hospitals after a drug trial for a pharmaceutical firm in France went wrong earlier this week, Agence France-Presse reports.

The six patients were in good health until taking the oral medication in Rennes, north-west France, French Health Minister Marisol Touraine said in a statement. A “serious accident” left one person brain dead and five others ill, Touraine said.

Ninety volunteers took the drug, which was manufactured by the Portuguese company Bial, according to the BBC. The trial, which has been suspended, was conducted by a private laboratory.

A source told the AFP that the drug was a painkiller containing an active ingredient found in cannabis plants, cannabinoids. However, the French health ministry denied the claim.

The other five remain in a stable condition, the BBC reports. Four have “neurological problems” and one has no symptoms but is still being monitored. 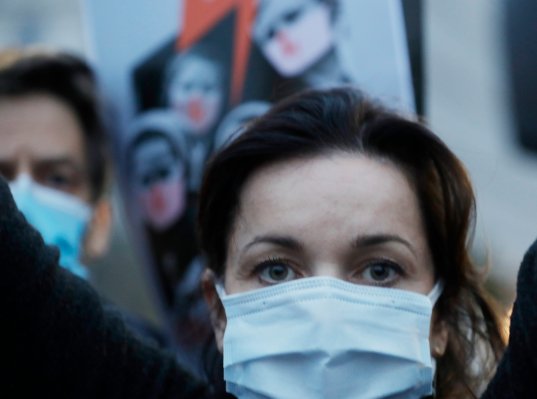 Protests Against Abortion Ban Enter Fifth Day in Poland
Next Up: Editor's Pick