A man wearing a traditional South Asian outfit was attacked in New York City by two men who shouted “ISIS! ISIS!” as they beat him, police said Saturday.

The 43-year-old victim, whose identity has not yet been released, was walking near a school in the Bronx with a 9-year-old girl when he was ambushed and repeatedly punched in the head, the New York Times reports. He was dressed in a shalwar kameez and was found with bruises on his head and face, according to the newspaper.

The man was also kicked while he was lying on the ground. He was treated at a nearby hospital and has been released. The girl, believed to be his niece, was not injured, according to the New York Times.

The incident is being investigated by the NYPD’s Hate Crimes Task Force, police said. 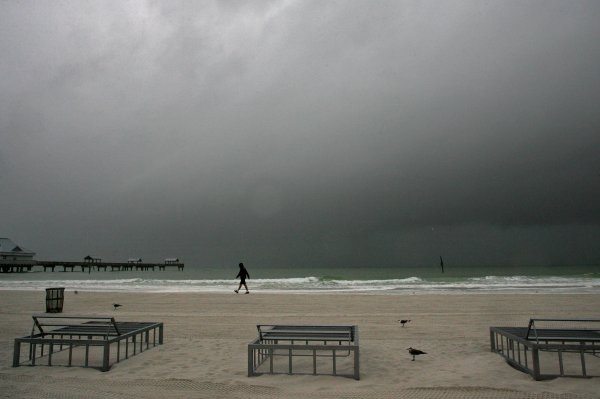 Tornadoes Kill 2 People in Florida
Next Up: Editor's Pick