When you work with your spouse—as we’ve done since 2002, when the Disney Channel hired us to work on a show called Bear in the Big Blue House together—people constantly ask you how you actually get anything done without killing each other.

It amuses us how many times people have asked us that question, but the truth is that the reason our marriage lasts is the same reason our collaboration works: We never stop communicating. Like, ever. We even have a waterproof notepad in our shower in case somebody gets an idea in there!

When we were starting out, we were a little worried people wouldn’t take us seriously as a team. But over the years, we’ve created enough of a body of work to convince people we’re for real. Here’s how we do it.

1. Know that roadblocks are inevitable—and communicate to get past them
Collaborating is hard, no matter who you’re doing it with. Whenever you’re cultivating a partnership with someone, it’s always based on the quality of your communication. You can maybe knock out a few songs when you’re just starting off, but you always hit roadblocks—personal roadblocks—with the other person because you have to become pretty intimately involved with them. As with a love relationship, a professional collaboration requires tons of talking and airing of issues. The same skills that serve one also serve the other.

It’s important to find a safe time and place to say, “O.K., what’s going on? Tell me everything—I can handle it.” That allows you to get the stories out of your brain—the stories you’re telling yourself about, “Oh, I can’t write this, I can’t do this,” or, “I feel like we’re not being equally represented in the room!” You get those stories out on the table, ideally as positively and gently as possible. You talk them out, and then you’re fresh to start again. I think with people who aren’t your spouse, developing the level of trust necessary to have this kind of exchange is harder.

2. Make at least some effort to leave work at work
Any artist can’t fully leave work behind at the end of the day—your work travels with you in your head wherever you go, and that’s important. But we do like to believe that our kids (we have two daughters, ages 6 and 10) are getting parents who pay attention to them and who aren’t always working. So we try our best to keep work contained in workland, a.k.a. our basement (although we’re about to change offices because that’s been tough, especially in the harsh winter months when we didn’t really get outside much).

Still, even when we move to our new office, we’re going to try our darndest to leave our work behind when we’re not in our designated workspace. When an idea for a hook comes to us before bed, we’ve learned how to put a pin in it—either writing it down or trusting that memory will preserve a good idea—and revisit it in the morning. This way we don’t end up churning on a new song until 2 a.m. and our kids aren’t served breakfast by red-eyed zombie composers.

3. Put down your phones from time to time
While the nature of our work mandates that we look at computers and our phones on a regular basis, we can’t put two screens between us and assume that we’ll have meaningful conversations while talking past them. We have to really work hard to put the screens down so we can connect—whether it’s about a new song we’re writing or something going on in our home life. We don’t set rules limiting the technology; we just gently nag one another if we notice the other person spending too much time on their devices. Sometimes it’s helpful to throw a wad of something soft at your partner’s head.

4. Have a sense of humor
When you’ve had a bad day at work with your spouse, find a fun way to bring it up later. We’ve been known to say things to each other like, “Well, I was having a tough time getting started on a lyric, and every time I pitched my jerk coworker a draft of a first line, he said no with a really sour look on his face. It’s hard to want to work with his big sour face in my head.” To which the other might respond, “I know exactly how you feel—I was trying to get started on a song, and this talkative, over-eager spazz kept interrupting my train of thought to pitch her ideas.” Boy are we glad we’re not married to those jerks.

5. Ask for help when you need it
Sometimes, we feel kind of like a single parent since work-related stresses are more likely to happen at the same time when you work together. Once we realized this was an issue, we started asking for as much help as possible from family members and sitters during these tense times. For example, at 4:30 a.m. on the morning of the Oscars, we were on the phone with our pediatrician in Brooklyn, begging him to call in a prescription for our daughter’s chronic croup. Those times aren’t fun, so we’ve tried to keep work-related travel to a minimum so we don’t over-rely on these lifesavers.

6. Celebrate the perks
In any industry, you hit these critical moments that are full of anxiety. There are some really scary moments, whether it’s a make-or-break interview or opening night. But luckily, we’ve each got a security blanket at the ready. And there are other big perks, too: Working from home together in your shared basement means that, every once in a while, you can take an afternoon break—an afternoon delight break—and blow off some steam. We have a whiteboard that folds down into a Murphy bed. And maybe this is a good place to stop the article.

Kristen Anderson-Lopez and Robert Lopez are Oscar-winning songwriters. They are 2014 TIME 100 honorees. 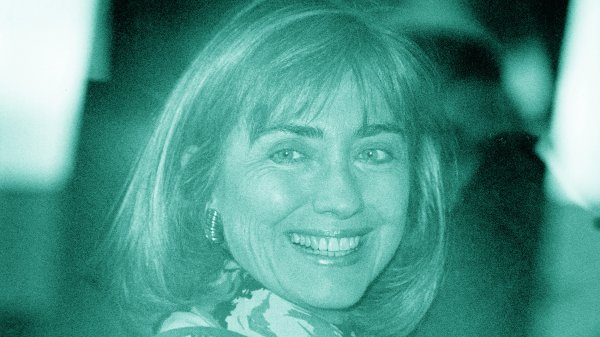 Here’s Hillary Clinton’s Advice to Her Younger Self
Next Up: Editor's Pick